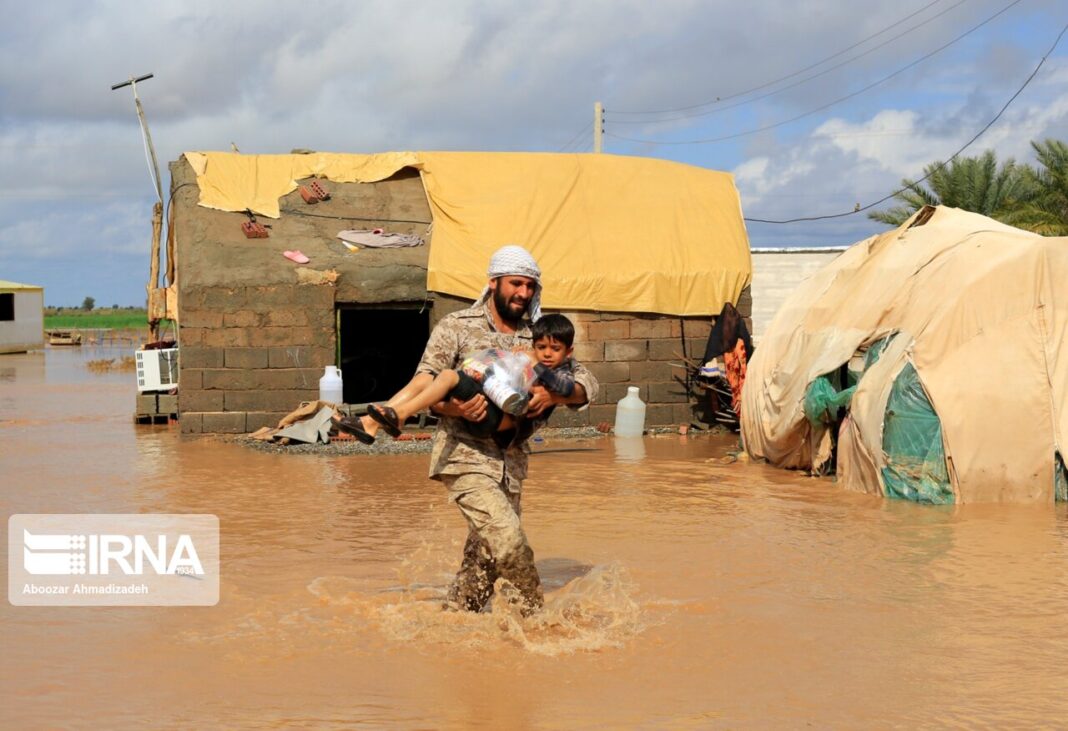 Torrential rain caused flooding in a number of towns and cities in southeastern Kerman province.

One of the hardest-hit cities is southern Roodbar in Kerman Province where homes and public places have been deluged following heavy downpour.

Heavy rain in Hormozgan province has also forced the evacuation of locals from many flooded villages.

Flooding has inflicted serious damage to homes and agricultural fields, with the towns of Minab and Rodan bearing the brunt of the disaster.

Roads to many local areas have also been cut off.

People can travel across some villages only by using boats as many homes, agricultural fields and trees have been submerged.

Meanwhile, rain and snow snarled traffic on some roads in northwestern and western provinces.

Dozens of roads were blocked due to flooding, blizzard and snowfall.