Heart of Firefighter Killed in Plasco Tragedy Donated after His Death 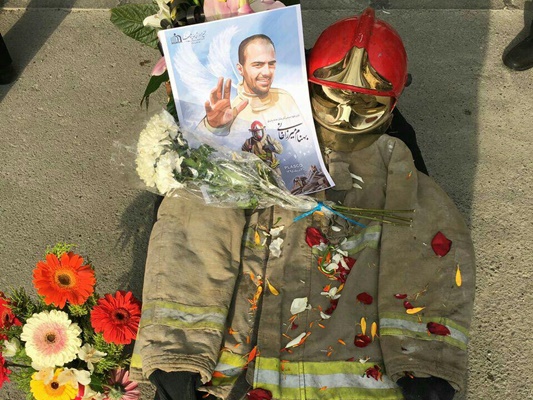 The heart of Behnam Mirzakhani, a 25-year-old Iranian fireman who was brain-dead in the Plasco building collapse, have been donated to a patient.

According to a Farsi report by IRNA, Behnam Mirzakhani was a fireman who burned severely in the Plasco building fire, and died the next day in hospital because of brain death.

A family member of this firefighter announced that with the consent of his family, Behnam’s heart has been donated to a patient: now his heart is beating in another live body.

Born in Arak, central Iran, Mirzakhani was only 25 when he died. He had gotten engaged just two months ago, and had three brothers and a sister.