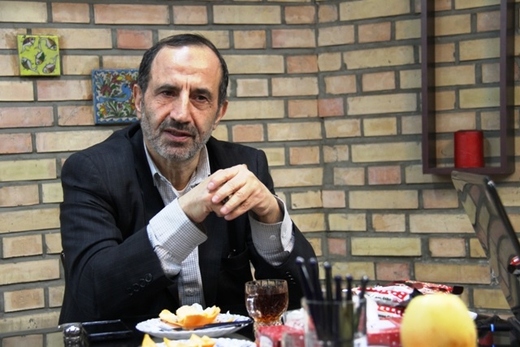 Almost a week before the February 26 elections for Iran’s parliament and Assembly of Experts, several groups and political figures including the two major parties of Iran, the reformists and the conservatives, are releasing their electoral lists for different Iranian cities.

Over 6,200 candidates, including 586 women, began a one-week campaign Thursday for a place in the country’s 290-seat parliament.

In the Iranian capital Tehran over 1000 candidates are competing for just 30 seats, and people are asked by the two major parties and other political groups to vote for the lists of 30 they release to gain the most out of the upcoming elections.

Meanwhile, one of the candidates, Mohammad Khoshchehreh, has suggested that he is going to be in a list for Tehran’s parliamentary election under the innovatively smart title of “Group 5+1”, alluding to the name given to world powers (the five permanent United Nations Security Council member states plus Germany) that were engaged in nuclear talks with Iran.

Khoshchehreh, who is also in the electoral list of “Nation’s Voice” led by the moderate lawmaker Ali Motahari, told Khabar Online news website that the members of Group 5+1 electoral list will be announced soon, possibly at the same time as the candidates are allowed to start their legal campaigns.

“Given the correct understanding of current national and ultra-national environment, and considering the demands of Iranian people and Establishment, there is a necessity for participation of those who are influential in securing national interests, and play a decisive role in decision-making and policy-making processes, particularly in passing the country’s laws,” he noted.

“Also considering the deficits we witnessed in the selection criteria of mainstream electoral lists, we deemed it necessary to provide a complementary electoral list, which can respond to people’s needs in the upcoming elections,” Khoshchehreh added.

Therefore, he said, the “Group 5+1” list was prepared to help the previously-released lists.

The new list includes efficient candidates, and the names will be announced shortly, Khoshchehreh declared.

“Group 5+1” is composed of well-known, powerful, popular, and patriotic candidates with economic expertise, he added.

Khoshchehreh, who is also a former parliamentarian, went on to say that the candidates in this list are brave and decent people interested in the country’s progress, and have a good understanding of people’s economic, living, and social problems.

“In a bid to avoid propaganda, speculations, and attempts to undermine the candidates, the names in this list will be announced during the period of time when candidates are allowed to publicize themselves,” he said.

The Assembly of Experts and parliamentary elections will be held simultaneously on February 26.