GRI’s 2015 Person of the Year in Political Risk 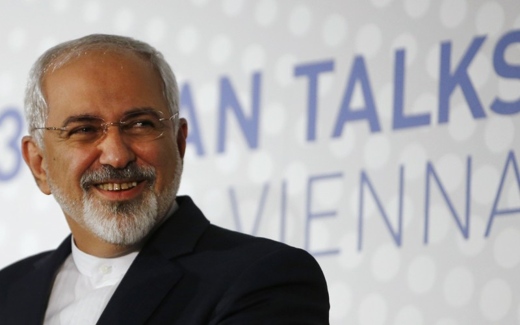 Global Risk Insights has laid out three reasons for naming FM Zarif as the Person of the Year in Political Risk.

Global Risk Insights, which provides insights for leading media outlets around the world on political risk, international economics, and geopolitics, has named the Iranian foreign minister as its Person of the Year in 2015 in the area of political risk.

The following is the reason globalriskinsights.com has provided for naming Mohammad Javad Zarif as its 2015 Person of the Year in Political Risk:

Iranian Foreign Minister Mohammad Javad Zarif is Global Risk Insights Person of the Year in Political Risk 2015. Like our 2014 GRI Person of the year Indian Prime Minister Narendra Modi, Zarif has given Iran the opportunity to engage in active dialogue with the international community and the global economy after many years of isolation.

2015 has been an exciting year regarding political risk. There have been political upheavals throughout the globe and many a region marred by violence. However, looking positively on the international scene the Iranian nuclear deal on the 14th of July between Iran and the P5+1 stands out as the most important and influential event that has occurred this year.

Through skilled diplomacy and tough negotiation, Iranian Foreign Minister Mohammad Javad Zarif has brought Iran out of the cold and back into the international community.

Although it is significantly early to say whether the deal will be a complete success, Zarif’s skilled diplomacy and rhetoric has allowed Iran and the United States to come to the table and negotiate a deal and remove sanctions from the Iranian economy.

This is a significant feat, worthy of this year’s award. Zarif has demonstrated that he is a formidable political operator and skilled negotiator whose continued role at the helm of Iranian foreign policy will spell new exciting possibilities for post-sanction Iran. Here are three reasons why Zarif is the winner of this year’s award:

Iran is no longer an isolated actor

Zarif’s somewhat apt and memorable role in spearheading the Iranian nuclear negotiations has produced two positive developments. Firstly, the ability for Iran to come to a compromise with the P5+1 about its nuclear capabilities means that it is no longer isolated from the international community.

Iran has now cooperated with the IAEA and other international agencies in securing the terms of the deal, but it demonstrates a willingness to remove its previous pariah status within the international community.

Secondly, the conclusion of the deal has secured Iran’s role as a regional power. It now has the ability and potential to use its expanding influence on other regional issues and crises. Zarif’s prominent role in the recent talks in Vienna on the future of a political solution to the Syrian Crisis demonstrates this.

An invitation by the US to this event signifies Iran’s role in the Syrian conflict and its growing ability to influence Middle Eastern Politics. With Zarif continuing in his capacity as the Foreign Minister, there is potential for constructive cooperation with Europe and the US in fighting the rise of Daesh in Syria and Iraq.

Iran’s isolation from the international economy has caused inflation to reach 40% and GDP to drop by 20% since sanctions were tightened in 2011. The negotiating capability and skill of the Iran delegation led by Zarif gave Iran many potential avenues of increasing economic development in the Joint Comprehensive Plan of Action (J.C.P.O.A).

Due to sanctions relief and an unfreezing of assets, Iran will now become the largest country to rejoin the global economy. Iran’s outdated energy industry requires at least USD$200 billion in upgrades, which presents big news for international oil companies. Other sectors in the economy will develop as well as Iran seeks to update its health, banking and commercial aircraft industries after many years of economic neglect.

In terms of trade and commerce, China, Russia and France will recommence business dealings that were cancelled previously. On top of this, trade and economic ties between Iran’s neighbors such as Turkey, Oman, and the UAE will develop and promote more regional economic cooperation.

However, the big winner in all this is the Iranian population. Sanctions have crippled the Iranian economy and unemployment is at 10 %. As more money is injected into the economy through oil revenues and investment, there is the potential for increased economic development in necessary infrastructure and a higher standard of living for the rapidly expanding Iranian middle class.

A possible normalization of US-Iranian relations

Zarif and US Secretary of State John Kerry have developed a healthy dialogue over the last two years that has seen the Iranian Nuclear deal come to fruition despite calls from both conservative elements in the Majlis and Congress looking to shut down the deal at any opportunity.

Compromise and rationality were prominent and slowly and steadily Zarif’s active dialogue and skill as a foreign minister have alleviated some of the distrust that both nations feel for each other.

It may take some time for developments to transpire and progress, but the cool-headed way that Zarif has dealt with the nuclear issue and maintained a strong Iranian position shows a positive development in the possible normalization of US-Iranian relations.