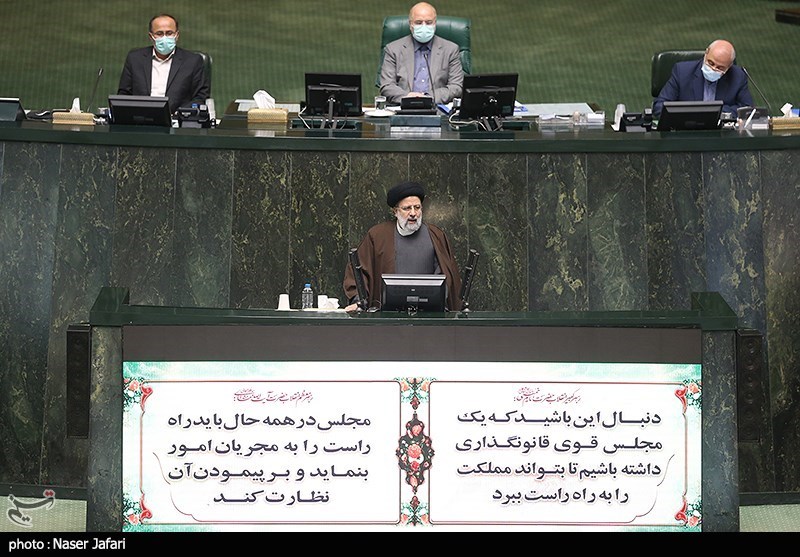 Iran’s president says the top priority for his administration is to tackle the sanctions imposed on the country by the United States.

“Today, the power base for neutralizing the sanctions is up and running,” said Ebrahim Raisi in a speech on Parliament floor where he was defending the budget bill for the next Persian Year that his administration has already submitted to MPs.

“Our economic relations with regional countries have risen by up to three times over the past three months,” he said.

“Non-oil exports have fortunately increased by 40%, and the country’s forex resources are swelling,” he noted.

“Today, we are seeing exports bringing in revenues,” he said.

“The government seeks to reach an economic growth target of 8% and we hope we will achieve that. This is while the figure was less than 1% in the previous years,” said the president.

“It has proven to the neighboring countries and the whole world that the Islamic Republic of Iran pursues a balance it its foreign policy,” the president noted.

President Raisi underlined people’s trust in the administration has increased over the past few months.
“This is a great asset which cannot be replaced by anything else,” he explained.

Elsewhere in his remarks, the president touched upon the administration’s decision to cancel the allocation of the greenback at a subsidized exchange rate for the provision of basic commodities called “preferential foreign currency.”

He said the government cares about people’s livelihood and believes a substitute should be introduced if the allotment of the preferential forex is stopped.