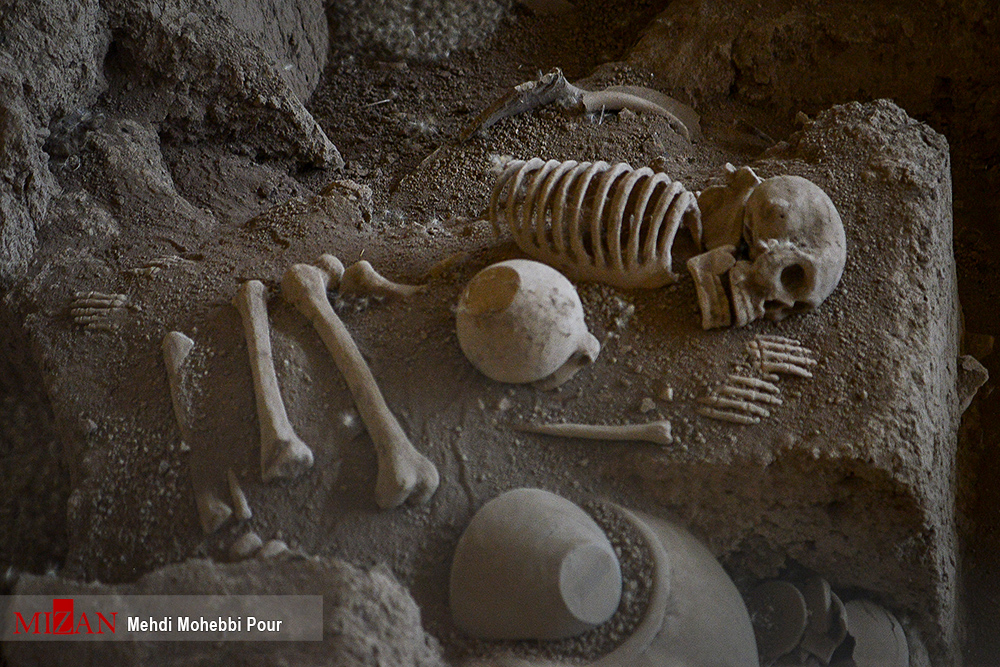 Gohar Tappeh, an ancient hill near Sari-Behshahr Road in Iran’s Mazandaran Province, is one of the prehistoric sites of northern Iran.

The people who lived in the ancient caves of Mazandaran caused Gohar Tappeh to come into existence after getting out of the caves.

The hill is a manmade one. During the Neolithic era, villagers used to live in the region, but they were civilized during the Bronze Age to become more urbanised. After the collapse of the region and migration of its citizens to the mountainous areas, they carried the bodies of the dead to bury in their hometown Gohar Tappeh. The graves were dug at very shallow depths and during the excavations, farmers found treasures which in Farsi are called “Gohar”.

Evidence shows a lot of people lived in the region, enjoying an urban life since 5,000 years ago. The discovery of architectural structures and graves in this region are evidence of continual life during the later centuries there. A museum has been created at the site and visitors can watch what archaeologists have discovered. The burial method and the belongings of the deceased can be seen in this museum.

What follows are Mizan News Agency’s photos of the tourist destination: