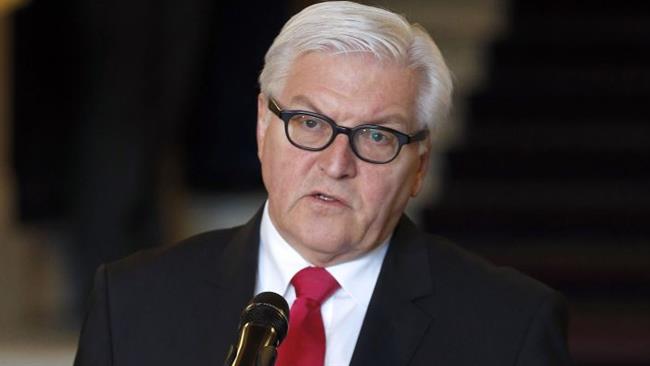 Frank-Walter Steinmeier, the German top diplomat, has said that nuclear talks between Iran and P5+1 will not be extended.

Germany’s foreign minister has ruled out a further extension of nuclear talks between Iran and P5+1 over Tehran’s nuclear program.

“Talks will not be extended. What cannot be reached in the upcoming three or three and half months cannot be achieved,” Frank-Walter Steinmeier told his country’s parliament (Bundestag) in a speech on Wednesday.

Steinmeier refused to talk about the state of the negotiations, saying only that no one wants a “bad deal.”

In February, Iranian Foreign Minister Mohammad Javad Zarif also echoed the stance about the extension of the talks.

“I do not think another extension is in the interest of anyone, as I do not believe this extension was either necessary or useful,” Zarif said.

Iran and P5+1 – Britain, France, China, the United States and Russia plus Germany – are seeking to seal a comprehensive nuclear deal by July 1. The two sides have already missed two self-imposed deadlines for inking a final agreement since they signed an interim one in the Swiss city of Geneva November 2013.

On Wednesday, Zarif and his American counterpart John Kerry wrapped up a third day of intense negotiations between Tehran and Washington in the Swiss city of Montreux.

“We’ve made some progress from where we were and important choices need to be made,” Kerry told reporters after the talks, with a senior US State Department official saying that “tough challenges” had yet to be resolved.

Meanwhile, Zarif expressed optimism that “despite existing differences, a final deal is not too far off”, warning that the issue of sanctions against the Islamic Republic risked torpedoing a nuclear deal.

“The Western countries, and especially the United States, must decide whether they want a nuclear deal or to continue the sanctions,” he said.

Representatives of Iran and the United States had also held three rounds of intense negotiations in Geneva on February 22-23 to bridge their differences ahead of the July 1 deadline.

The next round of ministerial talks will be held from March 15 to 20. The venue is yet to be specified.

Deputy ministers from Iran and the three European countries of P5+1 wrapped up a day of nuclear negotiations in Montreux on Wednesday.

Hans Dieter Lucas from Germany, Simon Gass from Britain and Nicolas de Riviere from France represented their respective countries at the deputy level talks, which will continue on Thursday.