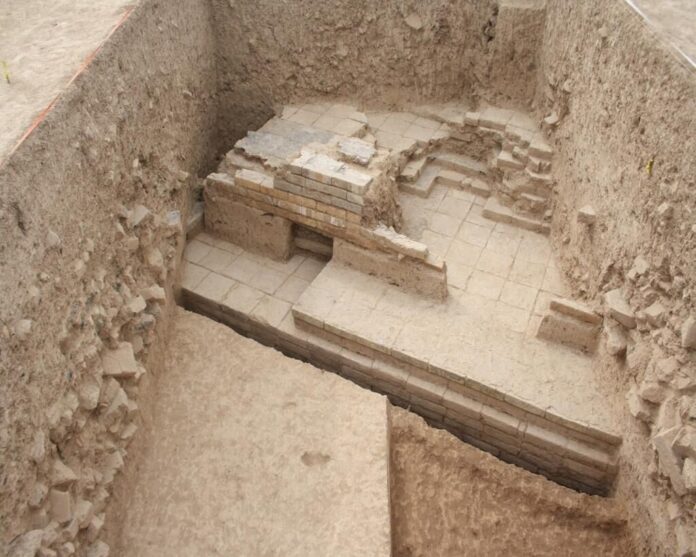 The ancient Gate of Cyrus the Great has been discovered near Persepolis, the ceremonial capital of the Achaemenid Empire (c. 550–330 BCE), in southern Iran.

A joint Iranian-Italian archaeological team found the gate along with extensive documents in the ancient site during excavations from 2010 to 2020.

During previous archaeological excavations, several historical monuments with coated mud bricks bearing images of Iranian myths had been dug out. The finds are comparable to the ones discovered in Mesopotamia and Susa.

The newly discovered gate lies three kilometres northwest of the location of the throne of Cyrus the Great in Persepolis.

The gate used to be a structure almost 12 metres high, with a corridor at the centre which was, in fact, a rectangular room measuring 8 by 12 metres.

There used to be four seats inside the room. The central corridor led, on both sides, to the Achaemenid Paradise.

The gate was decorated with coloured bricks bearing different images of legendary animals and ideological symbols of Ancient Persia and Achaemenians, and settlers of Mesopotamia.
Stone inscriptions have also been discovered there.