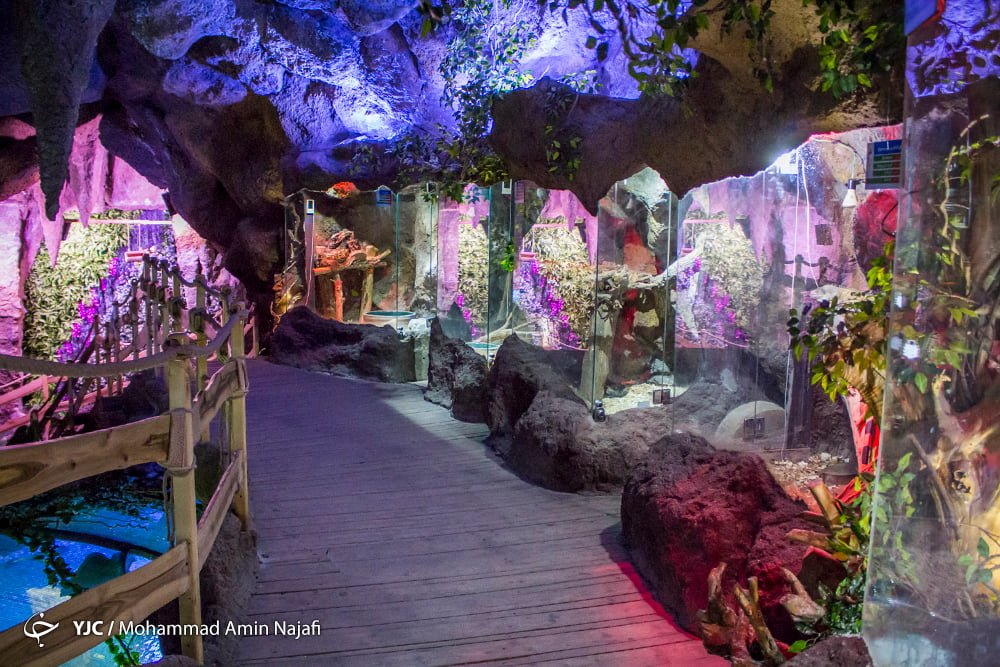 The complex is home to the best equipment and the most modern recreational facilities in the heart of Alvand Mountains next to the Ganjnameh waterfall and inscription.

The Ganjnameh Cave Aquarium project was designed in 2011 by a group of Iranian and foreign engineers and contractors with the aim of creating a different environment to attract more tourists to the mountainous region.

Its idea was inspired by Hamadan’s Ali Sadr Cave which is the world’s largest water cave.

The aquarium also includes fish and starfish, as well as a 2×3 plant aquarium which is unique in its kind.

On the second floor of the cave, there is an area in which a collection of the finest examples of ecological creatures and reptiles from around the world are gathered.

The entire path to the cave passes through three main halls with corridors of rainbows and artificial aromas that provide the visitors with a completely different atmosphere.

Ganjnameh, which literally means ‘Book of Treasure’, is an ancient inscription south-west of Hamadan in western Iran. The inscriptions were carved in granite in two sections. One of them was ordered by Darius the Great and the other one ordered by Xerxes the Great.

What follows are photos of the beautiful complex: