Fugitive Ghani swears he did not steal Afghan funds 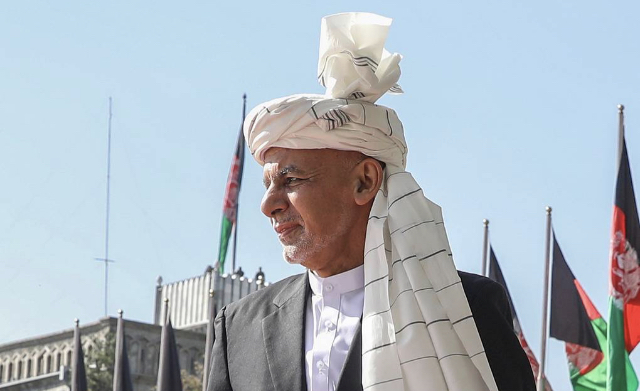 Former Afghan President Ashraf Ghani says leaving Kabul was "the most difficult decision of his life" as the Taliban encircled the capital, dismissing allegations that he did a runner with millions of dollars from Afghanistan.

In a lengthy statement issued from the ousted leader’s Twitter account on Wednesday, Ghani began by saying that he “owes the Afghan people an explanation for leaving Kabul abruptly on August 15” after the Taliban closed in on the capital.

The former president remarked that he left on the advice of palace security.

“Leaving Kabul was the most difficult decision of my life,” Ghani insisted, but insisted that the move had been the “only way to keep guns silent” and save the capital “and her six million citizens”.

Ghani then blasted “baseless allegations” that he had fled the country with “millions of dollars belonging to the Afghan people”, slamming them as “completely and categorically false”.

The ex-leader added that “corruption is a plague”, and that battling it was a focal element of his presidency as he had inherited “a monster that could not easily or quickly be defeated”.

Ghani stated he would also welcome an official investigation by the UN or other international body to prove his innocence.

The deposed leader finished by apologizing to his countrymen for how his time in power had ended, noting, “It is with deep and profound regret that my own chapter ended in similar tragedy to my predecessors – without ensuring stability and prosperity.”

Ghani’s comments come after the Taliban announced the formation of a new government on Tuesday, with several of its ministers featuring on the UN Security Council sanction list. Four former Guantanamo inmates have also been appointed as high-ranking acting ministers.

The United Arab Emirates Foreign Ministry announced on August 18 that Ghani and his family had been granted entry into the country “on humanitarian grounds” after the leader retreated. Initial reports stated that he had gone to nearby Tajikistan, but was denied permission to land, prompting him to go to Oman, and then onto the UAE.

Ghani fled Afghanistan on August 15 after Taliban militants seized control of Kabul, and resigned from his post. The Russian Embassy in Kabul claimed that the ousted leader made a swift exit with so much cash that some of it had to be abandoned at the airport.