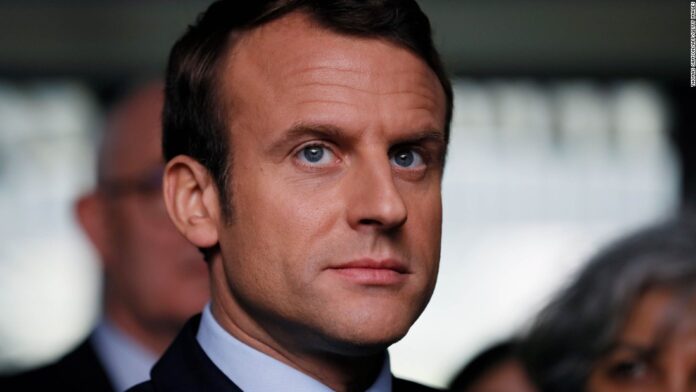 French President Emanuel Macron in a phone conversation congratulated his Iranian counterpart Hassan on his re-election, and highlighted the significant role the Islamic Republic plays in the fight against terrorism in the Middle East.

In a Monday phone call with Rouhani, French President Macron highlighted Iran’s major role in resolving the crisis in Syria and in countering terrorism in the Middle East.

He further called for concerted action to contribute to peace and stability in the region, according to media reports.

Macron also referred to the nuclear deal between Tehran and world powers, known as JCPOA, as a significant deal for the regional and international security, emphasizing that all sides should support the accord for economic development and closer cooperation with Iran.

He also congratulated President Rouhani on securing a second term in the Friday’s presidential election in Iran.

Rouhani, for his part, highlighted France’s “influential” role in the course of negotiations on Iran’s nuclear program that resulted in the JCPOA, but at the same time called on France to play a more active role in the implementation of the deal.

The Iranian president deplored a lack of commitment to the nuclear deal by certain parties, saying, “We expect France and the European Union to play a more active role in the implementation of the agreement.”

He further hailed the growing economic ties between Tehran and Paris, and stressed the need for the removal of obstacles to banking and financial cooperation with the European country.

President Rouhani also voiced Iran’s readiness to attract French investors to develop a partnership in various fields, including the transportation industry and infrastructures in Iran.

He finally expressed Iran’s preparedness to cooperate with France at all levels in the fight against terrorism and in settling a crisis that has gripped Syria for more than six years.