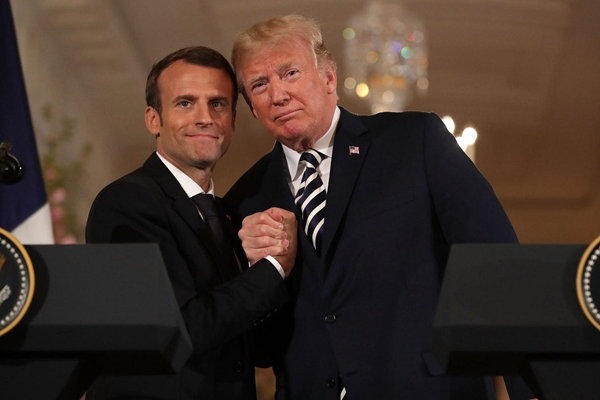 An Iranian expert says France’s “Freeze-for-Freeze” proposal to save the Iran nuclear deal is a temporary solution even if it is accepted and becomes operational.

ccording to European diplomats, options considered include a so-called freeze-for-freeze plan based on which Iran would stop ramping up its nuclear activities and the US would restore sanctions to the previous levels to allow dialogue to resume.

Rahman Qahremanpour believes this plan is like a temporary break in a volleyball match, after which the players have to return to play again.

In an interview with Entekhab news website, he said “What Iran says is slightly different from what the French authorities say.”

In the French plan, it is said that the United States would extend the exemption for Iran’s oil sales in order to allow Tehran to sell its oil to the three major buyers i.e. Japan, China and India. In return for that, Iran should stop its nuclear steps as they are and not develop them anymore.

This is a “Freeze-for-Freeze” rather than calling for lifting sanctions. Because the scope of the sanctions is very wide and includes sanctions by the Security Council and the initial and secondary sanctions of the United States, said Qahremanpour.

“If the reports are true, Macron had consulted with Donald Trump at the G20 summit before making this offer to Iran, and he also talked to President Hassan Rouhani after his talks with the President of the United States. It seems there is some kind of harmony between France and the United States, and perhaps the American side has expressed its satisfaction. In such a case, it is likely that the United States will also attend the EU Ministerial Meetings, which will be held on July 15, or will attend the meeting of the Joint Commission of the JCPOA and hold some meetings on its sidelines.”

Asked whether this could be a good solution in the current situation, the Iranian analyst noted such a project is like a break in a volleyball match, after which players have to return to play again. “We should wait and see how this comeback will be? Will this temporary break lead to direct negotiations between Iran and the United States, or would it lead to negotiations in the framework of the JCPOA? So far, there is ambiguity about this.”

“What is certain is that the freeze-for-freeze plan, if successful, cannot lead to negotiations between Iran and the United States in the short run. Although the Americans may attend the P5+1 talks, it should be borne in mind that this negotiation formula does not have any achievements for Trump. He cannot take advantage of such talks for his electoral goals, or claim that he has brought Iran to the negotiating table. This is a solution that satisfies both sides, but the point is that negotiations within the framework of the P5+1 will not necessarily lead to the abolition of primary and secondary US sanctions against Iran. Therefore, the least benefit of such negotiations is to preserve the status quo. This comes as Iran, in its macro policies, is looking to put an end to the current situation,” added Qahremanpour.

According to the analyst, the current impasse has simple solutions. One of these solutions is the return of the United States to the JCPOA. However, the US does not agree with this, saying that it wants to negotiate issues beyond the JCPOA. Meanwhile, Europe needs to take a serious decision and put pressure on Washington to force Trump to move back from its positions. Unfortunately, Trump wants to move unilaterally. But, naturally, Iran does not like to give concessions to such a person. Therefore, it is needed to come up with a solution which can keep Trump satisfied in his electoral campaign, and make Iran able to defend its positions inside the country.

Therefore, perhaps a dialogue within the framework of the P5+1 will be useful, if the United States is willing to give concessions.