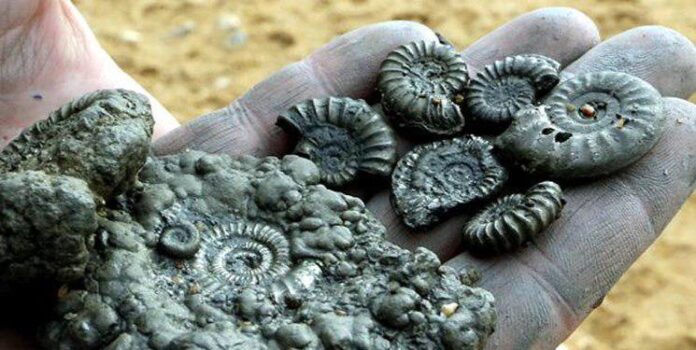 An ancient site bearing fossils of hundreds of million years ago has been discovered in northeastern Iran.

The fossils unearthed at the site in Khalilabad town in Khorasan Razavi province belong to the earliest geological periods dating back hundreds of millions of years.

The fossils belong to Bivalvia, Brachiopods, corals and crinoids, said Touraj Hemmati, the director general of the provincial Department of the Environment.

“This site is mainly made up of limestone. The site measuring more than hundreds of hectares was discovered in the natural areas of Khalilabad when my colleagues and I were patrolling and inspecting the area,” he says.

According to experts, he says, the fossils dug out at the site date back to the Devonian period, which is the fourth period of the Paleozoic Era.

“The progression of the sea in this period known as the period of the fish led to a rise in the number of corals,” he says.

“Among other specifications of the Devonian period is the emergence of teethless and jawless fish as well as the first insects,” he adds.

He says land plants also developed in the Devonian period.

“Growing evaporative and lime deposits indicate hot weather during that period,” he adds.

It is noteworthy that October 25 has been named National Fossil Day in Iran in order to draw the attention of the public to scientific values and further familiarize them with the paleontology major.