Former US negotiator: Zarif is a strategic thinker 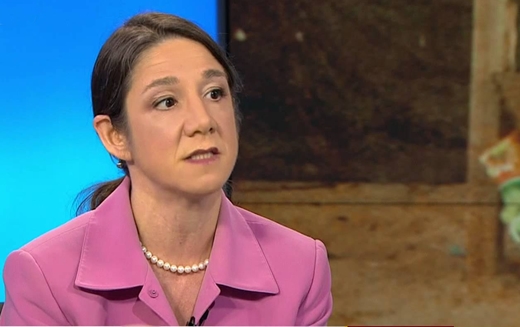 A former US negotiator has said that Israel and Arab nations are concerned that an independent and powerful Iran may overshadow the sway they hold in the region.

A former US negotiator has said that Iran’s Foreign Minister Mohammad Javad Zarif is a strategic thinker with unique characteristics and that the personal diplomacy he pursued during nuclear talks on the balcony of a Vienna hotel and through his tweets was very productive.

Hillary Mann Leverett served – in the Clinton Administration – as Political Advisor for Middle East, Central Asian and African issues [for the US Mission to the United Nations], Associate Director for Near Eastern Affairs at the National Security Council, and Special Assistant to the Ambassador at the US embassy in Cairo. She also worked in the US embassies in Saudi Arabia, the United Arab Emirates, Qatar, Egypt and Israel [in 1990-1991].

From 2001 to 2003, she was one of US diplomats who negotiated with Iranian officials over Afghanistan, Alqaeda and Iraq.

Tolou magazine – an Iranian weekly – has published an interview with Mrs. Leverett. IFP has translated into English the Farsi version of her remarks in the interview:

As a negotiator, how do you evaluate the Vienna talks?

Interaction between the United States and Iran was the core of nuclear talks, and such interaction helped the talks produce a result. In the meantime, these multi-lateral talks allowed the US to encourage fellow Western delegations to play a bigger role [in the talks] as it [Washington] was seeking to slow things down and pile pressure on Iran. This was evident in the final week of the talks in Vienna when the US was trying to meet a July 9 deadline.

In Washington, some analysts believed that it was the Iranian side which used this tactic to prod other P5+1 delegations to play a larger role. They argued that the Iranian delegation was encouraging Russia to insist that a UN Security Council resolution [on Iran] should lift conventional arms embargoes and other sanctions against Iran.

But my experience from the time I was a member of the US Mission to the United Nations tells me that Zarif and Lavrov know each other well from their previous stints in New York. I think they knew well about the interests of their respective governments as far as the provisions of [the UN Security Council] resolution went.

As you know, Mr. Zarif showed up at the balcony of Vienna’s Coburg Palace hotel and talked with reporters during nuclear talks or he tweeted his message to the world. What’s your take on such diplomacy?

After [an agreement on] a set of parameters [that outline the nuclear restrictions, monitoring and verification, and sanctions relief in a final Joint Comprehensive Plan of Action] was announced in Lausanne in early April, the American side launched a massive media campaign on its own preferred interpretation of those parameters in a bid to gradually instill its own view into the [minds] of the world public opinion.

The US built on this [campaign] to say that Iran has gone back on the commitments it agreed in Lausanne to honor. In turn, Mr. Zarif’s “personal diplomacy”, including his appearance on the balcony of Coburg Palace hotel and his Twitter messages, together with the media diplomacy efforts of the Iranian team was very much productive.

As a negotiator, what’s your take on the performance of the Iranian delegation headed by Mr. Zarif?

Since the appointment of Mr. Zarif as foreign minister, I predicted that personal relations between Zarif and [US Secretary of State John] Kerry would matter greatly as far as the conclusion of the talks was concerned. My experience in working with Dr. Zarif over Afghanistan in 2001-2003 suggests that he is one of the most fascinating and knowledgeable strategic thinkers one can have interaction with. I think it was – and still is – the reason why John Kerry wanted to spend more time with Zarif than with any other foreign minister.

Nonetheless, the international order has changed dramatically compared with the 2001-2003 period when I had the opportunity to work with Dr. Zarif. Between the end of Cold War era and 2003, the US was the unrivaled superpower of the world. Today the world is getting multi-polarized and it is not enough for Iran or any other country to solely have constructive ties with the US to protect its own interests.

What do you think about the negotiating strategy of the Iranian team and its difference with the Western teams?

What counts more in Dr. Zarif’s approach during the talks was his strategic concentration. Since day one [of the talks] he knew what he wanted and how he could achieve it. He was ready to do what it took to achieve his goal. This is an impeccable and highly valuable trait for a diplomat. He also has a strong personal educational background. Dr. Zarif speaks fluent English and knows how he can – as a negotiator – interact with Westerners effectively.

During the period when Dr. Jalili was in charge of Iran’s nuclear talks, which was an important stage for Iran, the country showed to the US that it would not give up its nuclear rights. In addition, it was in that period that assets were accumulated [in the country], something Dr. Zarif placed on the negotiating table so that he could ink an agreement which recognizes Iran’s nuclear rights.

The world is joyful about the Iran nuclear deal, but some in the US Congress who are provoked by Netanyahu are trying to kill this deal. Do you think this is likely to happen, and if yes, how will the world react?

Netanyahu and some others are trying to stand in the way of continued positive relations between the US and Iran. They are ready to do what is possible to have the Iran deal disapproved in Congress. They may succeed in their efforts, but President Obama has to get enough votes [to get the Iran deal through Congress or] to veto the congressional rejection of the deal [Only 34 Senate votes are needed to sustain a veto].

As a matter of fact, the opponents – under pressure from Congress to vote down the Iran deal – are seeking to delegitimize the deal on the US political landscape and pave the way for the next US president to shelve it.

Why are Israel and certain Arab nations in the Persian Gulf extremely concerned about and enraged at the nuclear deal? What is their strategy to scupper the deal?

Israel and Arab nations’ concern about the deal has nothing to do with their fears of Iran’s [possible] atomic attack against them. They are concerned because Iran has maintained its might and capabilities to expand its regional influence even under pressures from the sanctions and continued animosity by the US which remains the world’s most powerful country.

Israel and Arab nations in the Persian Gulf are not concerned about Iran’s attack; [rather,] they are concerned that an independent and powerful Iran [may] limit their capability in (for instance) launching military action in Bahrain, Gaza and Lebanon, and in promoting Takfiri extremism in the region.

How can the nuclear deal contribute to Iran and the US in their fight against ISIL?

The nuclear deal potentially removes the obstacles standing in the way of Iran-US cooperation against ISIL. To establish such cooperation, the US should build on this deal and avoid cooperation with Saudi Arabia, Turkey and other regional allies which are trying to arm and train militants to topple the Syrian government. They should, instead, concentrate on a genuine solution that can include cooperation with the Assad government.

As the final question, do you have any recollection of the talks with Dr. Zarif during the days you were negotiating on Afghanistan?

Yes, certainly! Dr. Zarif and other Iranian diplomats with whom we held negotiations over Afghanistan and Alqaeda defied any cliché about the Islamic Republic I – as an American expert in the Middle Eastern affairs – had been fed with.

Up until 9/11, I would not dispute the traditional alliance between the US and Saudi Arabia, Pakistan and Israel. Nor would I question Washington’s hostility toward Tehran. Dr. Zarif and his colleagues showed to us how Iran played a highly constructive role in regional ties.