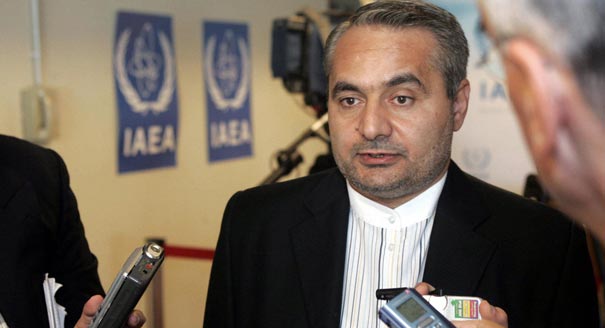 While America has admitted to the positive role of Iran in the fight against IS, the question is why US allies unfairly take a swipe at Iran, Mousavian said.

On December 7, Tasnim News agency posted the remarks of Hossein Mousavian, a former Iranian diplomat and a current researcher at Princeton University, in response to strongly-worded criticism of Iran by two Western officials at a regional security summit dubbed Manama Dialogue (5-7 December 2014).

At the meeting in the Bahraini capital, Canadian Foreign Minister John Baird described Major General Ghasem Soleimani, the commander of Iran’s Quds Force, affiliated to the Islamic Revolution Guard Corps, as a representative of terrorism who tries to cast himself as an anti-IS hero. At the same forum French Defense Minister Jean-Yves Le Drian decried Iran as a threat to global security. The following is a partial translation of Mousavian’s response to the Western officials:

Mr. minister [a reference to John Baird], while you spend your time in palaces and hotels across the region, Major General Ghasem Soleimani puts his life on the line, fighting against IS and terrorist groups on the frontlines. However, you pin the blame of IS acts of terrorism on Iran. It is widely known that acts of terror by IS, al-Nusra Front, the Taliban and al-Qaeda have roots in a harmful ideology championed by members of the Persian Gulf Cooperation Council (PGCC).

What have you done to uproot terrorism? IS and other terrorist groups have been born and bred with the flow of financial and arms aid of PGCC countries. What action have you taken in the face of such disturbing fact? These are the facts that no one dares bring up at this forum.

Mr. Minister [directed at Jean-Yves Le Drian], you denounced Iran as a threat which gives rise to the proliferation of nuclear weapons. You know that Iran does not have a nuclear bomb and there are no signs that Iran has not deviated from its peaceful nuclear program. You know as well that Israel is the only country in the region which has a large arsenal of nukes, posing a threat to the peace and security of the region.

Why have you never raised such a matter and will never bring it up? Mr. Minister! You know that the primary objective of the Nuclear Non-Proliferation Treaty (NPT) is nuclear disarmament. The five world powers which are in nuclear talks with Iran have 22,000 nuclear bombs together and have breached the NPT for four decades.

Have you dismantled your 22,000 nuclear bombs? Why hasn’t France disarmed its nukes? Why does it violate the NPT? Surprisingly, France and other world powers have established strategic ties with the countries which have not entered into the treaty like Israel and Pakistan, while they slap sanctions against Iran. It comes as Iran is a signatory to the NPT and does not have a nuclear bomb. What strikes me as surprising is that France has even helped Israel with building nuclear weapons. Why do you turn a blind eye to such facts?

It’s worth noting that the French defense minister failed to produce any response to the questions posed by Mousavian about Iran’s nuclear program and only said that France, the International Atomic Energy Agency (IAEA) and other major powers have yet to be convinced about the peaceful nature of Iran’s nuclear program.