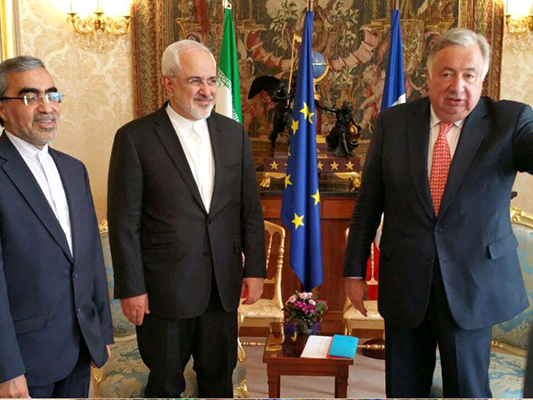 Iran’s Foreign Minister Mohammad Javad Zarif on Thursday met the President of the French Senate Gerard Larcher during his visit to Paris, the third leg of his European tour.

During the meeting, FM Zarif stressed the significance of ties with France, saying that the European country is one of the most important business partners of Iran. 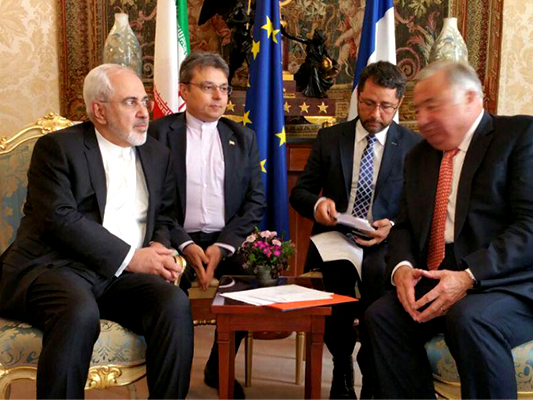 Zarif further called for swift resolution of some banking problems between the two countries to facilitate bilateral economic and trade relations.

Iranian foreign minister also welcomed the continuation of political consultations with France and the more active role of Europe in resolving regional problems.

For his part, Gerard Larcher expressed sympathy over the recent terrorist attacks in Tehran and also offered his congratulations on the re-election of Hassan Rouhani as president.

Larcher also added that bilateral relations with Iran are of great importance for France.

The French official also said that “France is willing to have persistent political consultations on regional issues with the Islamic Republic of Iran.”