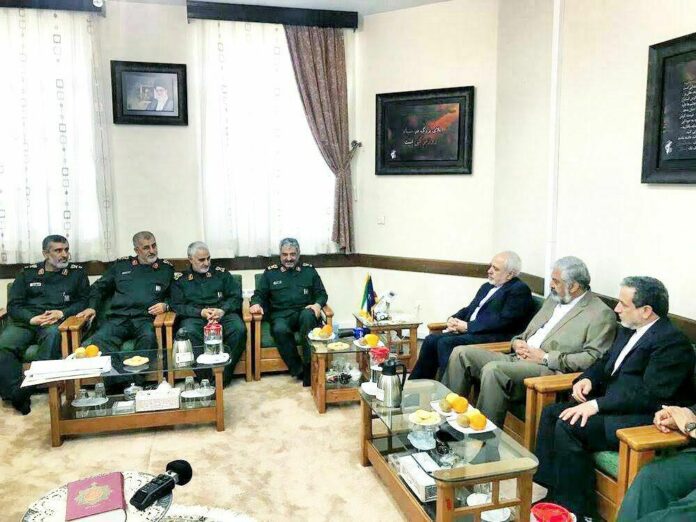 Iranian Foreign Minister Mohammad Javad Zarif has offered congratulations to the personnel of the Islamic Revolution Guards Corps (IRGC) on the birthday anniversary of Imam Hussein (PBUH) and the National Day of Guards Corps.

In his Friday message, Foreign Minister Zarif commemorated the martyred commander Lieutenant General Qassem Soleimani, and praised the efforts made by the “guards of the country’s security” these days along with the courageous Army forces, the powerful Law Enforcement forces, and the Iranian medical staff and guards of the people’s healthcare.

In the Islamic Republic of Iran, the third of Sha’ban (Saturday) which is the birthday of Imam Hussein (PBUH) is celebrated as the Day of “Guards Corps”.