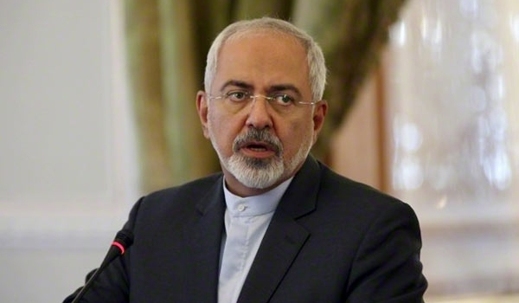 Zarif described respect and negotiations as the only things that would produce results when it comes to nuclear talks between Iran and P5+1.

Iranian Foreign Minister Mohammad Javad Zarif reiterated that the only way out of the decade-long nuclear standoff between Iran and the West is dialogue and not sanctions since pressures can only deteriorate the case.

“If they really think that their sanctions are effective, then why do they negotiate with us? They can continue their sanctions on Iran,” Zarif told reporters on Friday.

He also reiterated that respect and negotiations are the only way which would lead to fruitful results in dealing with Iran, adding Iran wants to prove that its nuclear program is merely for peaceful purposes.

On Wednesday, Iran’s Supreme Leader Ayatollah Seyyed Ali Khamenei warned of the arrogant powers’ plots to impede Iran’s progress in different scientific and technological fields, and said even if Tehran accepts all the demands of the world powers in the nuclear standoff, the Western states would never remove their sanctions against the country.

“Their main goal of such measures (sanctions) is humiliation of the Iranian nation and stopping the nation and Islamic Republic’s great move towards a new Islamic civilization, and I believe that even if we accept the demands that they (want to) dictate on us in the nuclear issue, the sanctions will not be removed since they are opposed to the (Islamic) Revolution in essence,” Ayatollah said in Tehran, addressing a large number of visiting Iranians from East Azerbaijan Province.

He blasted US threats and the European states’ obedience to the US policies, and said, “If sanctions are to be imposed, the Iranian nation too can slap sanctions (on them), and it will do so.”