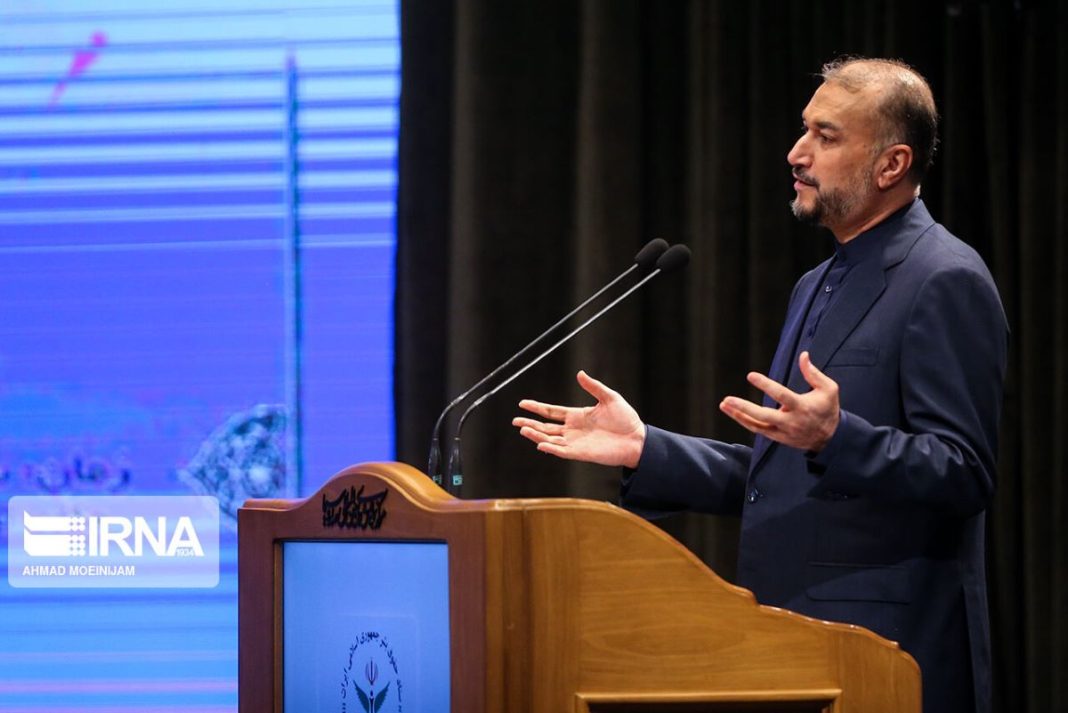 Iranian Foreign Minister Hossein Amirabdollahian has said Iran’s move to inject gas into centrifuges was a response to the US’s latest sanctions on the Islamic Republic.

Amirabdollahian drew a parallel between the US’s sanctions with its move to push for an anti-Iran resolution at the International Atomic Energy Agency’s board of governors weeks ago.

Amirabdollahian said Washington’s action against Iran at the time came right before a new round of talks with Tehran and that the US made the move to extract concessions from Iran.

The foreign minister said that is the case this time around and the US sanctions aim to pressure Iran into granting concessions ahead of a new round of negotiations aimed at reviving the 2015 nuclear deal, known as the JCPOA.

Amirabdollahian described the US’s desire for sanctions as hysteria, promising that the bans will be neutered, just as the former US administration’s so-called “maximum pressure campaign” was.

The Iranian foreign minister however underlined that Iran and the other parties are now studying a draft agreement put forth by EU Foreign Policy Chief Josep Borrell.

He noted that if the US stops making excessive demands, Iran is open to negotiations.

Amirabdollahian however warned that if the US pushes ahead with its policy of pressure and sanctions, then Iran won’t be passive.

He said the US should avoid thinking that it can extract concessions from Iran at the negotiating table by pressuring the country.