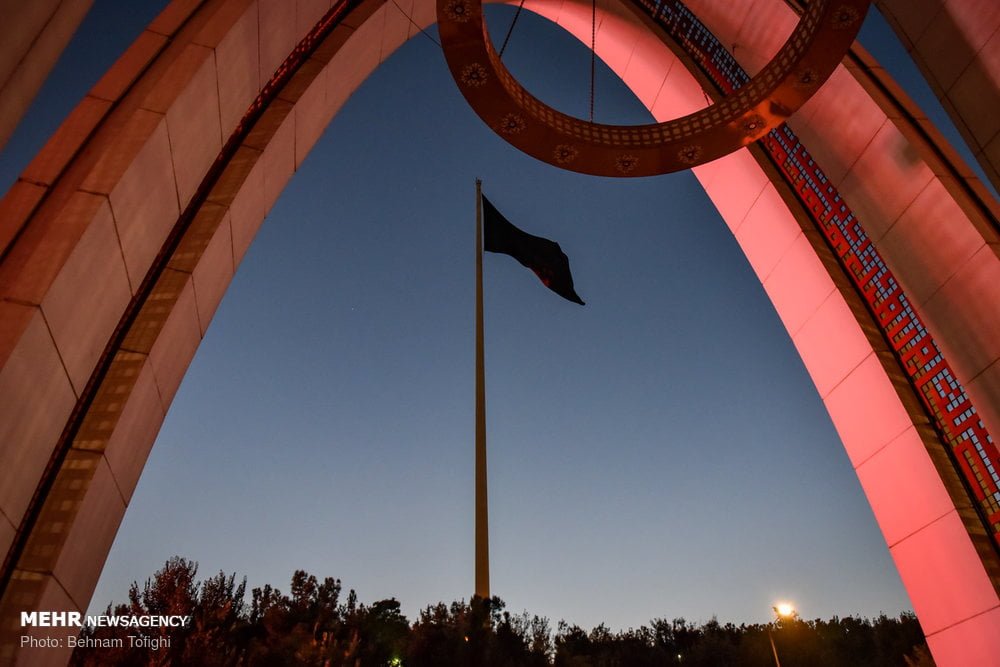 A huge flag bearing the name of the third Shiite Imam, Hussein ibn Ali (AS), has been hoisted on a 1,000-metre-high pole in Tehran to mark the anniversary of his martyrdom.

The flag was raised at the highest flagpole in Western Asia in a ceremony attended by Tehran Mayor Mohammad-Ali Afshani, Chairman of the City Council of Tehran Mohsen Hashemi Rafsanjani, and Iraq’s ambassador to Tehran Rajah al-Moussawi.

The flag, which has been hoisted since the first night of Muharram, is located in the Taleqani Park of Tehran.

Imam Hussein, along with 72 of his companions, was martyred in the battle against a tyrant Umayyad caliph in the Iraqi region of Karbala, some 14 centuries ago, on the tenth day of Muharram, which is known as Ashura.

What follows are photos of the flag and the ceremony to hoist it: