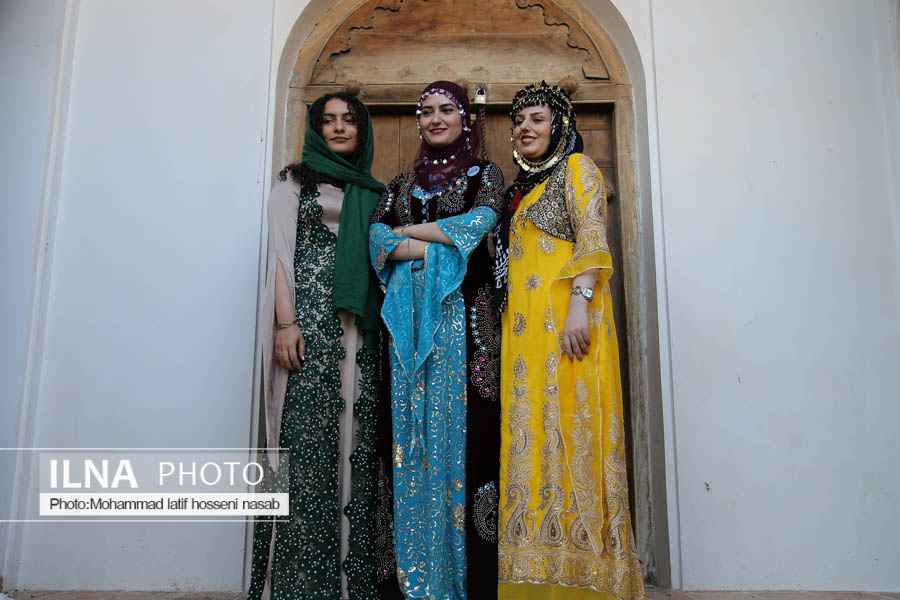 The first regional festival and exhibition of Kurdish Fashion and Clothing has been held in Khosro Abad Mansion of Sanandaj in Iran’s Kurdistan province.

People from provinces of Ilam, West Azarbaijan, Kermanshah, Khorasan Razavi and Kurdistan participated in the event.

The Kurds of Iran are one of the most ancient peoples and tribes of the Iranian plateau that now live in large areas of this land.

Among the customs of these people, one can still find one of the most beautiful clothing and garments of the world; colorful, high-quality garments used by the Kurdish people over the centuries, whether in Iran or Iraq.

Kurdish local costumes for men and women are made up of various parts and sometimes there are special rituals to wear them.

Apart from the obvious characteristics that are found in each of the Kurdish villages and tribes of Iran, there are general commonalities among the Kurdish local costumes.

The festival held in Sanandaj was mainly aimed at introducing these costume for the first time.

The Kurdish Fashion and Clothing Exhibition was held at Khosro Abad Mansion and Fajr Cultural and Artistic Complex in Sanandaj from July 27 to 30.

Khosrow Abad Mansion used to be the government and military headquarters of the city during the Qajar period, but was mostly a place for celebrations, ceremonies, and served as the governmental residence.

Inside the garden you can find inscriptions bearing the name of Fath-Ali Shah Qajar and Amanollah Khan.