Firefighters Make Heroic Efforts to Save People from Tehran Fire 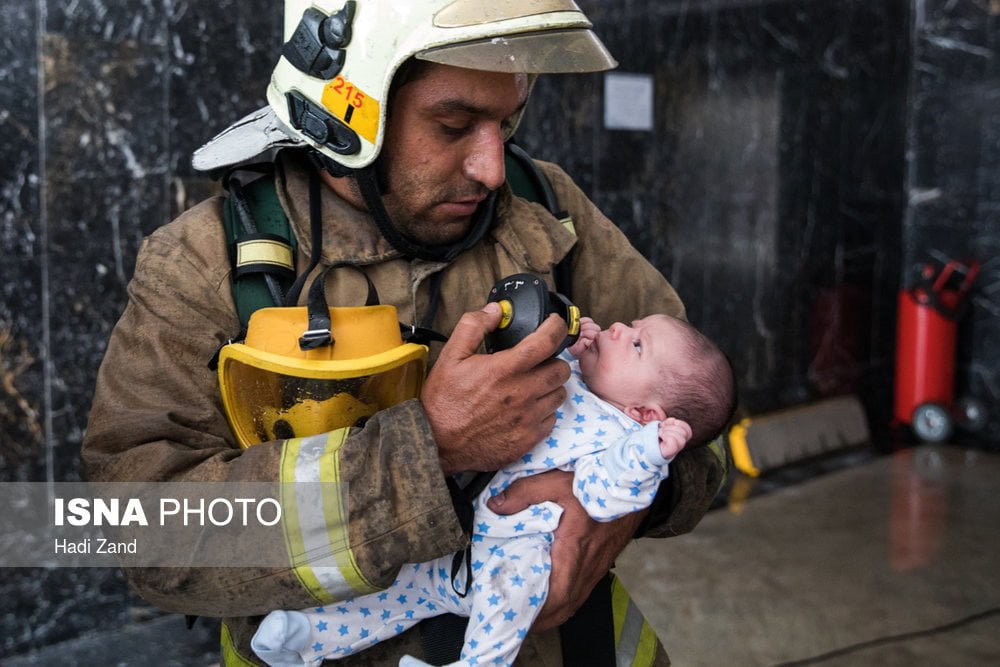 The spokesman for Tehran Fire Department Jalal Maleki said the blaze was quickly extinguished, thanks to the proximity of the high-rise to the region’s fire station that allowed firefighters to reach the location in only 2.5 minutes.

Concurrent with efforts to put out the fire, a group of firefighters were busy directing trapped residents to escape through toxic smoke, Maleki said, as reported by ISNA.

The fire is suspected to be caused by sparks of the building’s power lines.

Videos on social media showed flames outside of some windows and thick smoke belching from the tower.

What follows are ISNA’s photos of the rescue efforts made by the firefighters: