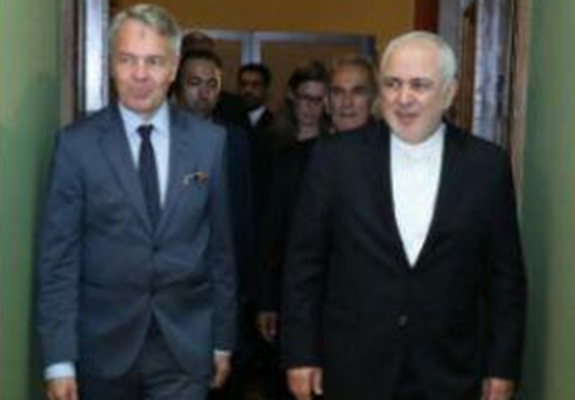 Finnish Foreign Minister Pekka Haavisto has expressed Helsinki’s support for a special trade mechanism, known as INSTEX, which is to facilitate trade with Tehran amid the US sanctions.

The remarks were made in a Monday meeting with Iranian Foreign Minister Mohammad Javad Zarif in Helsinki.

In the Monday meeting, the two sides conferred on bilateral relations between Iran and Finland as well as the latest regional and international developments.

Zarif and Haavisto particularly discussed the issue of Iranian oil tanker Adrian Darya 1 (formerly Grace 1) and the latest developments related to the Iran nuclear deal (JCPOA), particularly the necessity for the full operation of the Instrument in Support of Trade Exchanges (INSTEX).

They also discussed the security of the Persian Gulf region and Iran’s ideas and initiatives for regional dialogues.

Stressing the necessity for a cognitive transformation in the region, Zarif said Iran has the longest coastline of the Persian Gulf and is highly prepared and has a great capacity for ensuring the region’s security.

The Finnish foreign minister, in turn, said Helsinki and the European Union support the INSTEX financial mechanism despite the US pressures on European companies.