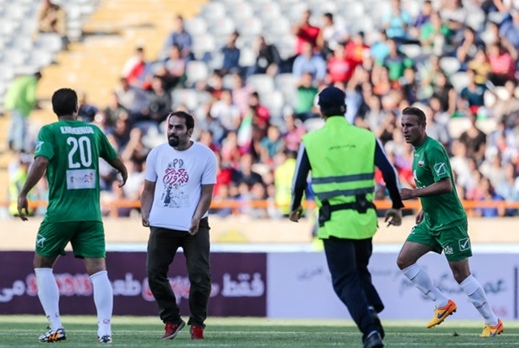 An Iranian director who was protesting against the screening of a movie in theaters where his film was to be screened was arrested and later released during a charity match between Iran’s stars and those of the world.

Ali Molla-Gholipour, a young Iranian director, took his protest at the screening of his film – Dowry’s Sugar Bowl – to a charity soccer match between the Iranian big names and the World Stars.

Ali, the son of famous Iranian director Rasoul Molla-Gholipour, ran onto the pitch Friday and was arrested by police. He was protesting against the screening of a movie in theaters previously designated to screen his.

He was later released thanks to the mediation efforts of Hojjatollah Ayyoubi, the head of Iran’s Cinema Organization.