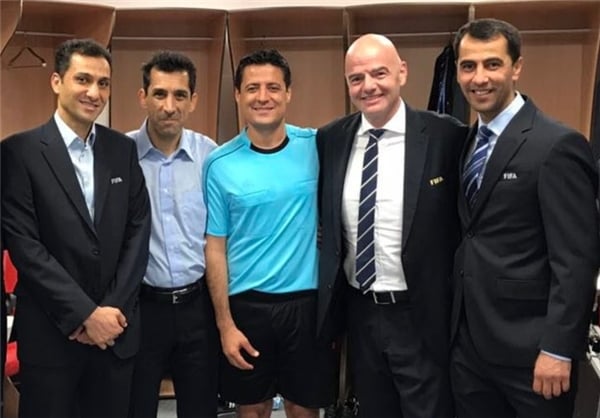 The head of FIFA pledged to do his best to help resolve a dispute between Iran and Asian football's governing body AFC concerning the latter’s decisions in selecting the venue for Asian Champions League matches between Iran and Saudi Arabia.

“I don’t think problems related to the venue for matches between Iranian and Saudi clubs are unsolvable”, FIFA President Gianni Infantino said. 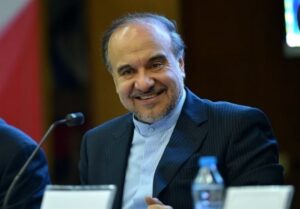 Infantino was speaking after a meeting with Iran’s Sports Minister Massoud Soltanifar in Tehran on Thursday, the Persian-language Varzesh3 website reported.

Tensions between Saudi Arabia and Iran, who have had no diplomatic relations since an attack on the Saudi embassy in Tehran in 2016, have affected matches between Iranian and Saudi teams in the AFC Champions League.

Saudi Arabia does not want its teams to play in Iran over what it calls security concerns. Tehran, on the other hand, has opposed playing games in neutral venues.

The AFC has mainly chosen to side with Saudi Arabia, refusing to allow the Iranian clubs to host Saudi teams at home.

“Neither politics nor football should intervene in each other. You can be sure that I will talk with whoever I can in this regard”, Infantino said.

He entered Iran Wednesday, upon the formal invitation of the Iranian Football Association.

Esteghlal opted to host their game in Qatar on February 20 with Al-Hilal choosing Kuwait as hosts on April 16.

However, the Iranian team’s choice was vetoed by the AFC, who choose Oman with no opportunity to find an alternative venue.

The replacement was made due to recent tensions between Saudi Arabia and Qatar.

The match was finally held in Oman, where the Tehran-based team beat the Saudi side 1-0.

Speaking after the meeting, Soltanifar said he asked Infantino to urge the AFC to adopt a non-political stance and allow Iranian teams to host Saudi teams in Iran in the next fixture of the Champions League.

“Iran is a secure country. Infantino totally agrees with us and said he will inform the AFC of his view to help address the problem”, Soltanifar said.

Soltanifar also said Infantino is to invite Iranian President Hassan Rouhani to attend the opening ceremony of the 2018 FIFA World Cup to be held in Russia. 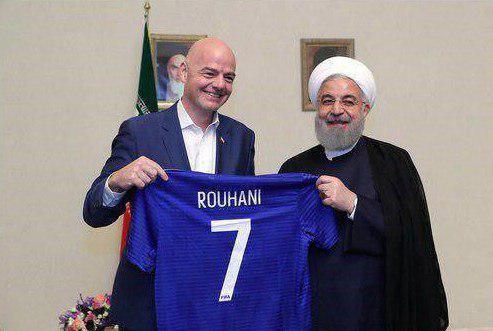 Infantino also held a meeting with Rouhani later on Thursday.

He had earlier congratulated IFA on booking a berth in the 2018 World Cup after Iran qualified for the tournament last year.

Infantino visited Tehran in February 2017 as the UEFA chief and visited the Iran National Football Academy during his one-day trip.

He also held a meeting with the Iranian media and negotiated with Iranian officials on solutions to develop football in Iran.