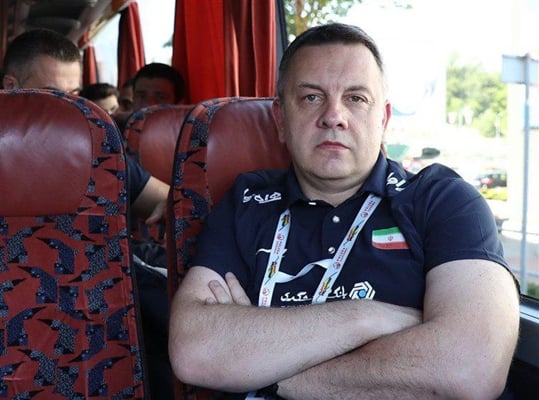 Igor Kolaković, the head coach of the national Iranian volleyball team, has blasted the US Federal Bureau of Investigation (FBI) for what he calls a stupid interrogation of the Iranian team’s members upon their arrival at a US airport.

Kolaković expressed his anger at the mistreatment of the national Iranian men’s volleyball team by the FBI agent upon their arrival in the US for the 2018 Volleyball Nations League.

“The Iranian team members were interrogated by the FBI agents at the airport and were forced to respond to the foolish questions raised by the agents one by one,” he was quoted as saying in a report by Al-Alam website.

For example, he said, the volleyball players were shown a number of photos to recognize the persons in them.

“The FBI held us in a small room at the airport for at least three hours. This came as the Polish national team members left the airport with smiling faces without any official checks,” he said.

He then expressed his dissatisfaction with the mechanism to hold the Volleyball Nations League and described it as totally foolish.

“How is it possible on the earth that a team like Iran has to travel from one continent to another one in one week but other teams like France, Bulgaria, Serbia, Russia, the US and Poland travel only between one or two continents during the matches? Why the young members of my team were denied the US or the EU visas? This is against the spirit of sports,” he complained.

On his team’s conditions, he added, “We won’t have a number of our players due to the injuries they have sustained in the previous matches.”

He noted this is not the only problem that the Iranian team is grappling with. “Despite this, we have to put our focus on the Nations League matches. In our match against the US, we didn’t have our main players like Mousavi, Manavinejad, Toukhteh, Kazemi, Sharifi, Salafrouz, Ghafour and Qaemi.”

In the fourth week of the VNL, Iran defeated the European powerhouse Poland 3-0 on Saturday and achieved a great victory against the former world champion. However, the Iranians lost their next matches against Serbia (2-3) and the US (0-3) on Sunday and Monday.