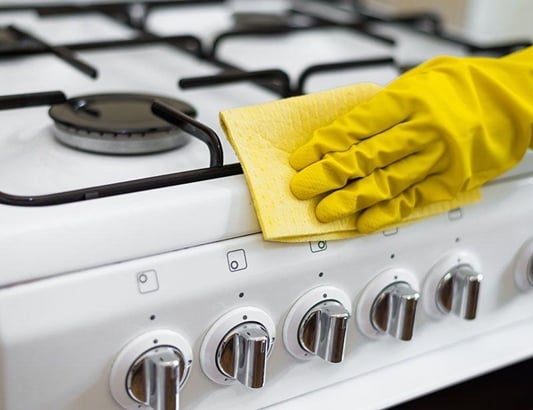 Fat-repellent coatings for household appliances such as ovens have been unveiled for the first time in Iran during a nanotechnology exhibition in Tehran.

The nano-products were unveiled at the 11th Nanotechnology Exhibition in Tehran which runs from October 13-16. One of the problems facing users is that they struggle while scrubbing fat off the surface of the oven. However, nanotechnology has solved this problem.

These days, many well-known home appliances companies such as Bosch, Siemens, Samsung, etc. use such coatings on the surface of ovens and fingerprint-repellent coatings on other houseware appliances to make it easier to clean them.

Iranian companies which produce home appliances and face the same challenge have decided to use nanotechnology to solve the problem. Accordingly, in 2016 and at the request of the Snowa home appliances company, researchers across the nation were instructed by the Special Nanotechnology Commission to domestically develop the technology to produce fat-repellent layers.

After passing through the verification stages, the Nanopad Sharif knowledge-based company was commissioned to produce such coatings. Now, the product produced at the company is a liquid capable of creating nano-based coatings with anti-repellent properties.

At the moment, agreements are being concluded with companies which have ordered the liquid called “Sharif Nanopad.” The companies will use the nano-coatings in producing houseware appliances. The technology could be used in producing products with similar problems, hence increasing customers’ satisfaction.