‘Family Only Remedy for Loneliness Caused by Modernism’ 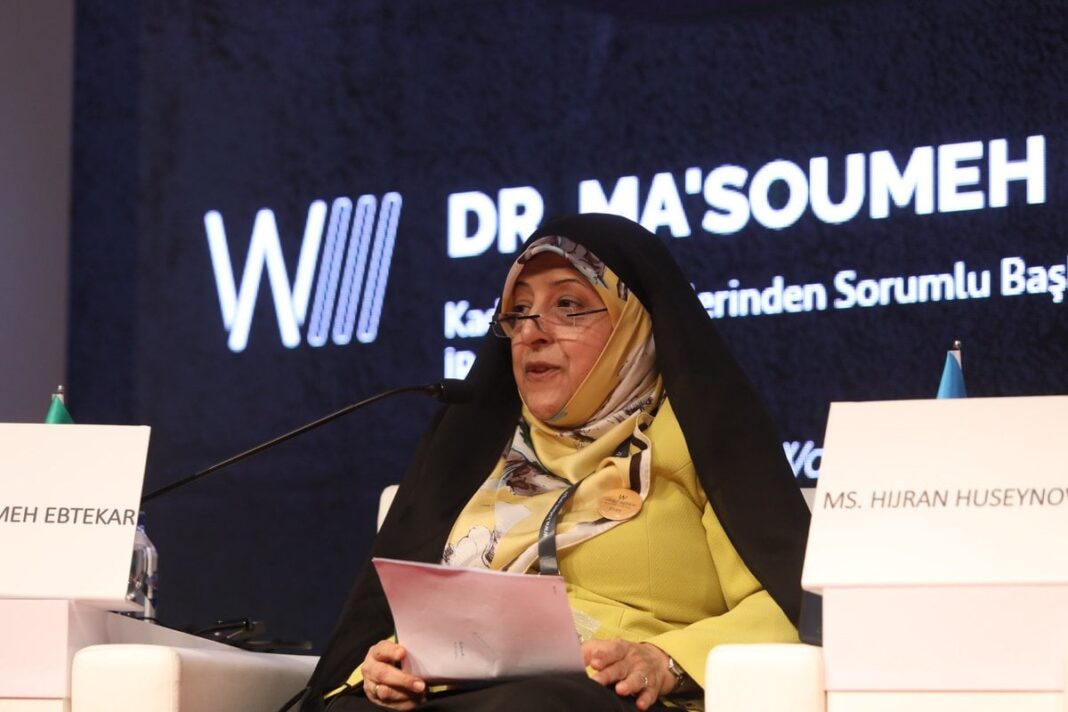 Iranian Vice-President for Women and Family Affairs Massoumeh Ebtekar told the International Women and Justice Summit in Istanbul that family is the only remedy for the loneliness brought by modern life.

Addressing the third edition of the two-day summit on Friday, Ebtekar spoke about the experiences, laws and policies of family support in Iran, and emphasized, “The topic of Family Empowerment is a central theme for enabling societies to flourish and advance and for the promotion of justice and peace at the global level.”

“The only remedy for the loneliness brought by modern times is the family. It is equally important for me to be a cabinet member and a mother at the same time. This perception leads to the balance of work and family,” she said.

The summit, which was kicked off on Friday, was hosted by leading Turkish non-profit, the Women and Democracy Association (KADEM) with the main theme of “family empowerment”.

KADEM addressed the family as the basic unit of society and threats facing the family. For this purpose, the Summit brought together government officials from different countries, women leaders, political actors, women entrepreneurs, academics, researchers, journalists and activists, to discuss and negotiate successful examples and practices related to family issues developed in different countries.

Erdogan highlighted the significance of the issue of violence against women and the elimination of discrimination, and said, “In primary schools, we will start education with the ‘non-discrimination’ campaign and we hope to develop peace in the community with such trainings.”

Referring to the concept of justice, the Turkish president added, “Equality of opportunity is the path to women’s uprising, but attention should be paid to the balance of roles and to their support.”

On the sidelines of the summit, Ebtekar had a meeting with Turkish Minister of Labor, Social Services and Family, Zehra Zümrüt Selçuk, during which the two sides discussed topics such as increasing cooperation and exchanging experiences on micro businesses, home care and family empowerment.

Iran and Turkey have a common understanding regarding women that they will implement as soon as possible by establishing a joint action plan.

Ebtekar also met with her counterparts on the experiences of women in different countries. She returned to Iran on Friday night.