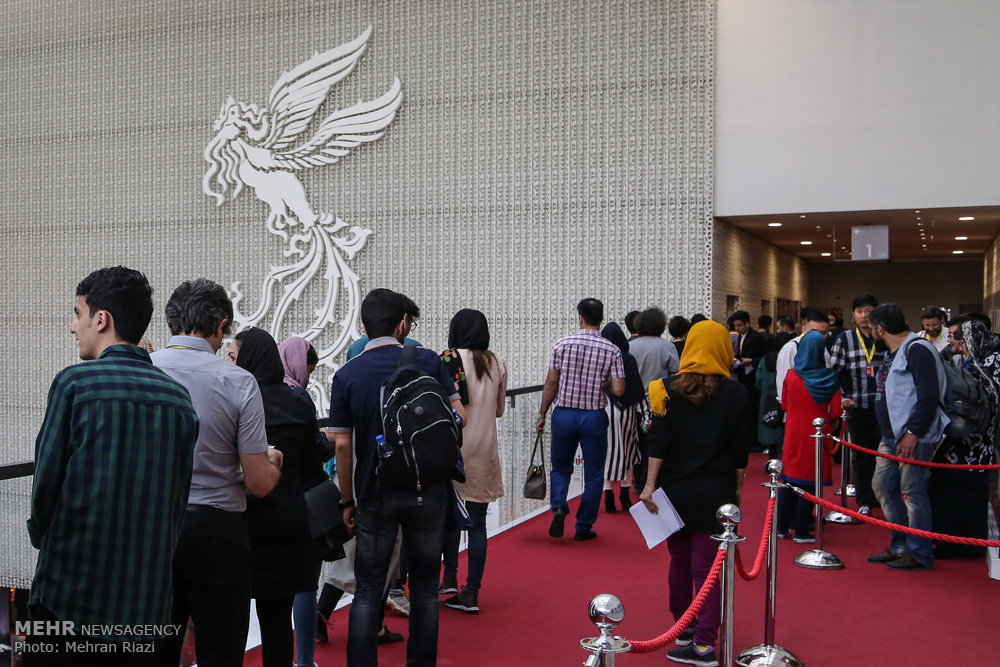 The 35th Fajr International Film Festival (FIFF) opened on Friday in Tehran with the screening of over 40 movies in 10 sections at various cinema halls.

“A film festival is not just for watching movies, it is an artistic and cultural occasion as well,” acclaimed Iranian filmmaker and the festival secretary Reza Mirkarimi said at an informal session with the press and film critics at the six-storey Charsou Cineplex on Thursday.

“We have done our best to hold an organized festival with independent identity and specific purpose, and selected quality films to achieve the standards.”

However, as he pointed out, a festival, as big as the annual Fajr, needs a cinema complex with at least 15 halls. In the current edition, three different cineplexes across Tehran (10 halls in total) are hosting the enthusiasts.

By the end of the festival on April 28, a total of 140 movies from 58 countries, in competition and non-competition sections, will be screened at ten halls in Tehran. The number of halls shows a 100% increase over last year’s edition.

About 350 foreign guests from 66 countries are attending the 8-day festival and this is a significant number, but Mirkarimi believes, “the number does not matter, what is important is who is coming. Over 70% of directors whose works are present in the festival will attend.”

The festival is programmed to elicit the expertise of its guests so there will be educational sessions with several of them in Charsou Cineplex and at two universities.

On Thursday, ‘The Teacher,’ a 2016 Slovak-Czech movie directed by Jan Hrebejk, was screened for the audience. A beautiful drama, the story is set in Bratislava, 1983, and centers on a middle school teacher who manipulates her students’ parents into doing favors for her in exchange for previews of test questions and good grades for their children.

The scheduled workshops of the festival, under the title ‘Talent Campus,’ started two days prior to the film screenings. More than 100 young filmmakers from 33 countries are attending the workshops on various cinema issues. The sessions are chaired by experts from Iran and other countries.

Members of the festival jury are busy watching and evaluating the film entries in the competition sections.

After a screening session on Friday morning, Iranian filmmaker Kamal Tabrizi, who is a juror for the Panorama of Films from Asian and Islamic Countries section, in response to a question by the Financial Tribune about the films they have watched, said, “We have seen four films so far and it is too soon to talk about the quality. In the next four days, we will have a better insight.”

The 20th Iranian International Film Market (IFM) has also been launched since Friday at Charsou Cineplex where more than 50 domestic and international film companies are presenting their productions. The market creates a platform for Iranian and international producers, distributors, exhibitors and sales agents of films and TV programs to exchange ideas and pool minds.

Iran cinema produces over 100 feature films annually, but only few have been made jointly with other countries although it is routine for two or more countries to work on one production.

Elaborating on why Iran has done poorly in this field, Mehdi Yadegari told the Tribune that the main problem “is the difference in costs between Iran and the rest of the world. The budget allocated to a film in Iran is far too less than in other countries. So when it comes to each part’s (financial) share in the production, ours is almost nothing compared to theirs.”

Another factor which hinders the process, he said, is their unfamiliarity with the cultural issues here. “Especially for world documentarians, Iran is an ideal place because it has not been worked on before and has pristine environment to show. But when they come here, they may face restrictions, particularly regarding culture and religion, which can influence their work.”

Currently, the five halls at the downtown Charsou Cineplex, as well as three at Felestin Cinema in central Tehran, and two at Farhang Cinema in northern part of the city, are hosting film enthusiasts.

Here are photos of the first day taken from Mehr and Fars: