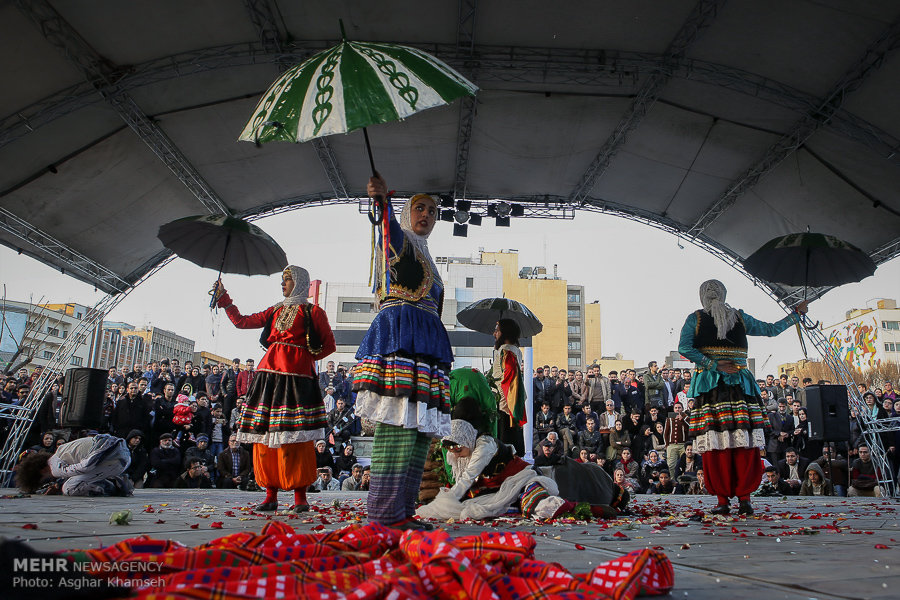 The 36th edition of Fajr International Theatre Festival, the most important theatre event in Iran, is underway in Tehran in various fields, including street performances.

147 plays from Iran and other countries are being performed during the event, which will be running until January 29.

The festival kicked off on January 18 with the motto of “The Celebration of Dialogue in Iran’s Theatre” and will come to an end by honouring top performances at Tehran’s Vahdat Hall.

The festival is organized by the General Office of Performing Arts at the Ministry of Culture and Islamic Guidance, the Iranian Dramatic Arts Association and the International Theatre Institute (ITI).

Here are photos of street theatres performed in the Iranian capital during the festival: