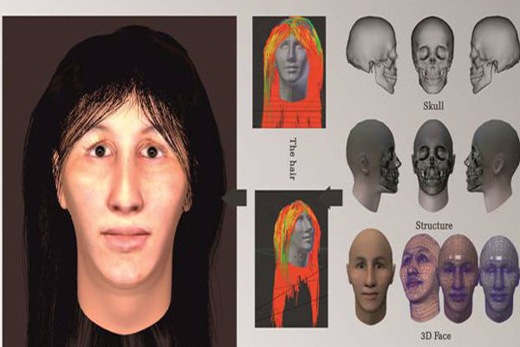 The computer-aided facial reconstruction has resulted in the creation of a chin, cheekbones, lips, a nose, eyes and ears.

Experts at Iran’s Archeology Research Center have reconstructed the face of a 7,000-old year woman whose skeleton was dug out in urban excavations in a southern neighborhood of the capital last year.

According to the Public Relations Office of the Cultural Heritage and Tourism Research Center, experts first photo-scanned the skeleton before applying photogrammetry techniques to the images to create a 3-D model.

Mohammad Reza Rokni, an expert with the research center said the computer-aided facial reconstruction featured software and resulted in the creation of a chin, cheekbones, lips, a nose, eyes and ears.

He further said facial reconstruction of skeletons is routine, images of reconstructed faces in Iran may not have been released, though.

The discovery last year of a few pottery vessels by a student in Moulavi Street prompted archeological excavations which produced two skeletons – one of them was intact and dated back 7,000 years – and a few other ancient objects.