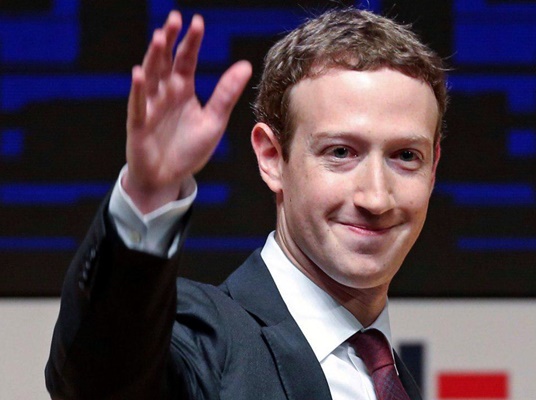 There are indications that a Facebook co-founder could be aspiring to become the next US president.

The French weekly L’Express has, in a report titled “Will Facebook Turn into an A-Bomb in 2021?”, claimed that there are rumours in the Silicon Valley, which is home to the world’s computer giants, that Facebook co-founder Mark Elliot Zuckerberg is cherishing political ambitions.

The report suggests that Zuckerberg has denied speculations that he is inclined to take part in the next US presidential election. But his denial is as weak as that of Emmanuel Macron, who, when asked by Francois Hollande back in 2016 on his inclination to become president, said he was not interested.

Zuckerberg has strong messianic aspirations and wants to bring citizens together via the informatics world.

By “A-bomb,” the writer of the reports means Zuckerberg, as the possible future president, will have atomic bombs in his hands.

Of course, it is not yet certain whether or not he will hold the key to the White House.

Back in 2017, Zuckerberg compared Facebook with a church whose members are dedicating themselves to society. Maybe he prefers to become the pope of a church which will soon have 3 billion members and become the president of a country with a population of 325 million.

Whether or not he becomes president, 33-year-old Zuckerberg will soon become one of the most powerful men the world has ever seen. He has been the most influential person in his generation as well. And it will be reassuring for the US democracy to see Zuckerberg defeat Trump.