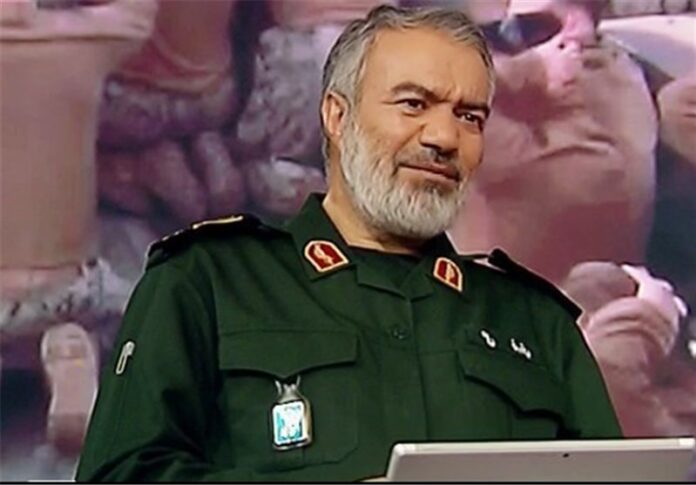 Commander of the Islamic Revolution Guards Corps Navy Rear Admiral Ali Fadavi said the forces extracted a lot of information from the confiscated cell phones and laptops of the US sailors recently captured by Iran after intrusion into the country’s territorial waters.

“We have extracted extensive information from their (American sailors’) laptops and cell phones,” Admiral Fadavi said in a parliamentary session in Tehran on Monday.

The IRGC commander went on to say that the information can be made public if a decision is made to that effect.

Admiral Fadavi also noted that the IRGC has filmed the capture of the US sailors for several hours, the release of which would bring humiliation to the United States.

If US officials say they are angry with and frustrated by the footage released, they would be 100 times more embarrassed if the IRGC releases other films of the capture, the Iranian commander said.

Iran does not seek to humiliate any nation, he said, but stressed that if they want to humiliate Iran, the IRGC would publish the footage and make them even more embarrassed and humiliated.

US Defense Secretary Ashton Carter had earlier said he was “very, very angry” when he saw footage of 10 US Navy sailors detained by Iranian authorities broadcast by Iranian television news.

The Islamic Revolution Guards Corps (IRGC) Navy on January 12 captured the US Navy sailors inside Iran’s territorial waters in the Persian Gulf, but released them the next day following an apology and after technical and operational investigations indicated that the intrusion into Iranian territorial waters was “unintentional”.

Yesterday, Leader of the Islamic Revolution Ayatollah Seyed Ali Khamenei awarded the ‘Medal of Fath (Conquest)’ to Admiral Fadavi and four other IRGC commanders who made the “courageous and timely” move in the recent capture of American boats and sailors near Iran’s Farsi Island.