An extension of nuclear talks is not to the benefit of Iran: Principlist website 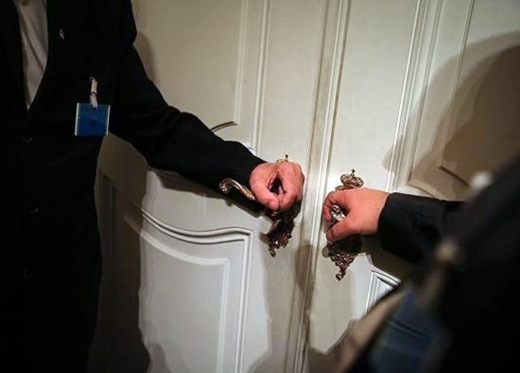 An extension of nuclear talks in Vienna would give the upper hand to the West, weakening Iran’s position in the talks, says a principlist website.

On Saturday November 22, eaworldview.com [a news website featuring daily news and analysis about Syria, Iran and the wider Middle East as well as US and Russian foreign policy] quoted reliable sources as saying that Iran was considering a new proposal by P5+1. It said although the proposal did not enshrine a comprehensive deal, it entailed progressive mechanisms in specific areas which would support an extension of the negotiations until March.

With the countdown to the deadline for a nuclear deal on, Alef, a news website run by Ahmad Tavakoli [a very influential Iranian MP], posted an analysis under the heading of “Is the extension of nuclear talks to the benefit of Iran?” What comes below is the translation of the piece in its entirety:

These days, most international media report that an extension of nuclear talks is likely. The question is in case a comprehensive deal is not concluded with the West, would an extension of the talks be a good alternative?

It seems that extension of the Geneva Interim Agreement at a time when no progress has been made would not be to the benefit of the government, rather it would help the West buy time. Such a concession would keep sanctions in place and constrain Iran’s peaceful nuclear program once more to make Tehran acquiesce to the excessive demands of America.

Vienna 8 nuclear talks are being held as many believe that talks in Muscat could have marked the end of the confrontation between Iran and the West. However, the showdown did not come to an end there, leaving the knot to be untied at the negotiating table in Vienna.

With only a couple of days left before a November 24 deadline, there are only three options ahead for the negotiating sides: Striking a final deal and putting an end to nuclear talks which are in their 12th year; extending the talks and postponing the final accord until later; or failing [to reach a deal] and returning to where the two sides were before the Geneva Interim Agreement.

Out of the three options, none can be regarded as the definite outcome of the Vienna talks, but an analysis of each can indicate which one can possibly offer the best solution.

As for the first option, to clinch a final deal, the West, the US in particular, are required to abandon excessive demands and as President Rouhani said at the close of a Cabinet meeting they should not use their internal problems as a pretext to make excessive demands.

Generally, Iran has done what it was required to do. There has been as much transparency as possible in Iran’s atomic program. There is only one part left, the same outstanding issue that Director General of the International Atomic Energy Agency (IAEA) Yukiya Amano pointed out on November 20. However, as a diplomat close to Iran’s negotiating team told the BBC Iran has put off final cooperation with the IAEA until a final deal has been clinched. To put it simply, that is Iran’s last trump card against the West. If Iran fulfilled this request [bowing to a tougher inspection regime], it would have met all Western demands and would be left with no bargaining chip if a deal was not struck.

In case Iran and the West failed to cut a final deal, they would have to opt for either of the two remaining options: an extension of the Geneva deal or a return to where they were before that agreement.

It seems that an extension of the Geneva Interim Agreement would be more to the benefit of the other side than Iran. With oil prices at their lowest in years, Europe does not import Iranian oil as much as it did three years ago and does not have any concerns about its energy supplies in the upcoming winter. The question is why they wouldn’t want to keep Iran in the present conditions.

Realistically thinking, we should not count much on optimistic analyses that America is in pursuit of a deal with Iran. Of course, America could restore peace and stability to the region with the help of Iran at a lower cost.

So we should know that keeping Iran in these conditions won’t harm American or Western interests. Will it have the same impact on Rouhani’s government? Definitely not, particularly, for a president who swept to power on a platform of interaction with the world, believing that he could untie the nuclear knot his own way.

In case Iran and the West fail to cut a comprehensive deal in the time left, Iran’s negotiating team could seriously contemplate the option of not extending the Geneva Interim Agreement. Because failure to strike a comprehensive deal would mean that no knot has been untied and disagreements over fundamental matters – especially the lifting of sanctions and scale of Iran’s uranium enrichment – remain unresolved. That would also mean that ten months after the Geneva deal the views of the two sides are far from close.

The release of some of Iran’s frozen assets was the only positive aspect of the Geneva deal for Iran. Although no further new sanctions were slapped on Iran, the absence of further sanctions was exposed to lots of ifs and buts thanks to Obama’s policies on sanctions.

Unfortunately, a major problem associated with the performance of Iran’s negotiating team was that they postponed bargaining over the lifting of sanctions until the eleventh hour. If they had done it from day one, the other side would have been on the defensive and would have been denied the chance to make excessive demands.

We are of the opinion that bargaining over the outright removal of sanctions could have been made from the get-go instead of talking about ‘suspension’ rather than ‘removal’ of sanctions a few months ahead of the deadline.

All in all, an extension of the Geneva Interim Agreement has a clear message for the West: The motto of Iran’s government and nation is based on the fact that we try our utmost to get things transparent and in the absence of a deal, it would dawn on the world that the West is turning to excuses to confront Iran.

An extension of the talks without knots being untied, would in fact put Iran in a weaker position. It’s time for Iran to seriously consider the option of no deal and think of new solutions or at least draw a distinction between what it says and what it does.