The comments President Obama made in an interview with NPR in late December continue to draw reaction from the Iranian media, including principlist dailies such as Resalat.

In the interview President Barack Obama said that Iran could become a very successful regional power after a long-term nuclear deal. He also said, “The strategic importance of Tehran is different from what we face with Cuba.”

On December 31, Aftab-e Yazd, a reformist  daily, published the comments of Mehdi Motaharnia, a university professor and international affairs expert, in an interview with Fararu news website. In the interview Motaharnia said President Obama’s comments show he is a realistic, pragmatic, and visionary leader. The following is the translation of Motaharnia’s remarks: 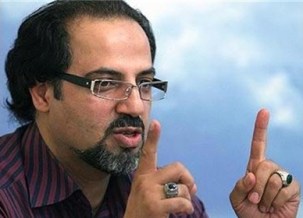 Those comments are realistic because they show President Obama has accepted the fact that Iran has become an influential power in the region and on the international stage. Such acceptance is a realistic step forward when it comes to optimal decision-making.

I believe that the United States is redefining its strategic partnerships in the world with an eye to the Eastern Hemisphere which includes countries such as Japan, South Korea and Australia as well as the Persian Gulf region.

In the 21st century, the geographical position of Iran makes it a very important country for the future of the world order. That is why Obama has a special interest in Iran and his comments are indicative of such interest.

President Obama’s comments were pragmatic too. He is trying to base his roadmap to political interaction with Iran on realism, rather than on ambitious policies.

The US president was quite right in saying that Iran is fundamentally different from Cuba. Iran is a big country in one of the 19 geostrategic regions of the world. That means his comments were pragmatic.

His remarks also suggest that his people at the State Department, the Central Intelligence Agency and the Pentagon who analyze Iran along with his national security team are far better in their analysis than those who worked for previous US presidents.

[Six] years ago after he was elected president, I said Obama was a dangerous opportunity. Today that statement has indeed materialized. He is using pragmatic approaches to act like a visionary leader as far as Iran is concerned. A visionary leader seeks to paint a pleasant picture of the future as part of an ideal outlook.

President Obama has seen the paradoxes in question and is trying to manage them in a way that serves American interests, rather than Israeli interests.

The world of politics is full of paradoxes today and top politicians are those who pinpoint those paradoxes and manage them in the best way possible. President Obama has seen the paradoxes in question and is trying to manage them in a way that serves American interests, rather than Israeli interests. The US well knows that Israel can no longer survive as a militaristic regime.

Israel is no longer a vital partner of the United States. Geographically, Israel is as important to the US as other regions. That the security of Israel is talked about more is because the [partnership] transition period is being managed.

In the 21st century, the importance of Israel to the West is not the same as it used to be in the 20th century. It should brace for another tsunami in the region. The US knows that the new heartland, that is to say Iran and the wider Persian Gulf, holds the key to regional stability. Stability in this part of the world can lead to stability in the Mideast which could in turn replicate itself on the international stage.