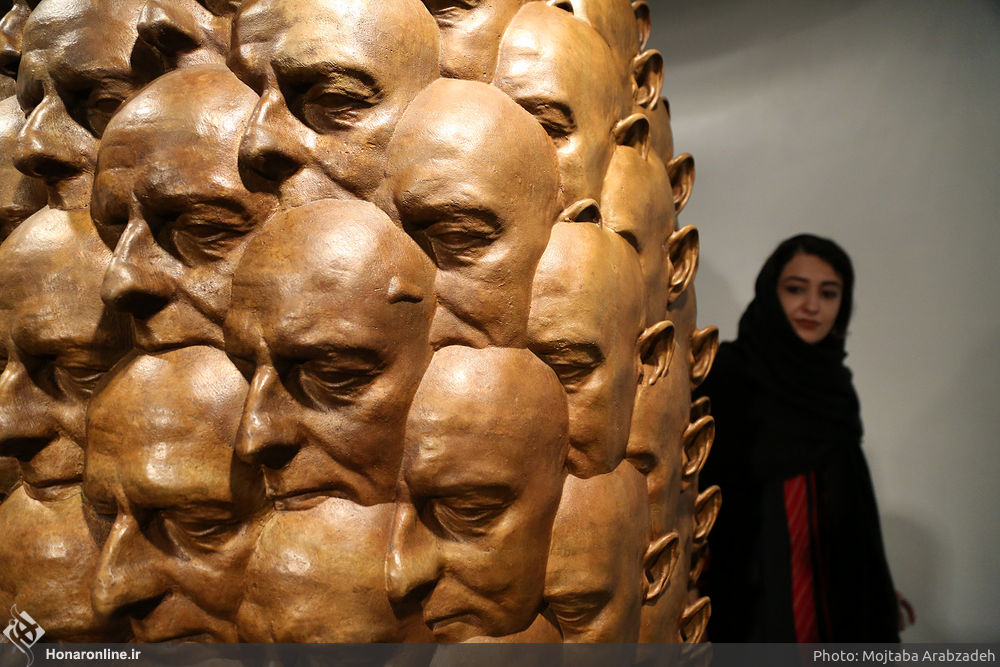 Ah exhibition showcasing several works of art by renowned British-German artist Tony Cragg is underway at the Tehran Museum of Contemporary Arts (TMoCA), making a connection between the West and Iran beyond diplomatic difficulties.

The exhibit is regarded as a special event because, on the one hand, Cragg is a world-famous artist and his presence at the Tehran exhibition has received extensive international coverage, and on the other, a whole range of his works of art, including 60 sculptures and 140 sketches on paper are on show at the event. A quick search on the Internet shows the items on show form one of the most complete collections of Cragg’s works of art. Displaying the artistic works in Tehran shows the good taste of the organizers.

According to a Farsi report by Honar Online, the exhibition opened on 24 October, 2017 and will run through 12 January, 2018.

Cragg, who is in Tehran for the event, told a press conference earlier that he was pleased to be in Iran, expressing the hope that he will have a friendly and fruitful cooperation with the TMoCA.

He said the oldest of the works on show belongs to 1970 and the latest one to early 2017. However, he said he did not intend to put on display a review of his life-time works.

“Rather, what matters to me is to display my works in a country whose people know nothing about my art,” he added.

The exhibition “Tony Cragg: Roots & Stones” gives an extensive insight into the sculptural and graphic works of the artist living in Wuppertal. Cragg was the first British artist invited to Iran for holding an exhibition of his works. The exhibition makes a connection between the West and Iran beyond diplomatic difficulties.

One of the reasons behind Cragg’s fame is the big size of his sculptures. At the same time, what distinguishes his works from those of other sculptors is his focus on nature and humans. Although his statues may not depict humans as old statues do, his works could have been inspired by part of a human’s body.

Born in 1949, Tony Cragg’s early work involved site-specific installations of found objects and discarded materials. From the mid-1970s through to the early 1980s, he presented assemblages in primary structures (as in his first mature piece, the 1975 Stack) as well as in colourful, representational reliefs on the floors and walls of gallery spaces (as in Red Indian of 1982-3). Cragg constructed these early works by systematically arranging individual fragments of mixed materials, often according to their artificial colours and profiles, so as to form larger images.

Cragg was selected to represent Britain at the 43rd Venice Biennale in 1988, and won the Turner Prize in the same year. In 2001 he received the now discontinued Shakespeare Prize of the Alfred Toepfer Foundation of Hamburg. He was made a CBE for services to art in the 2002 New Year Honours List, and also won the Piepenbrock Prize for Sculpture in that year. In 2007, he received the Praemium Imperiale for sculpture of the Imperial House of Japan for the Japan Art Association.

Here are Honar Online’s photos of these artworks: