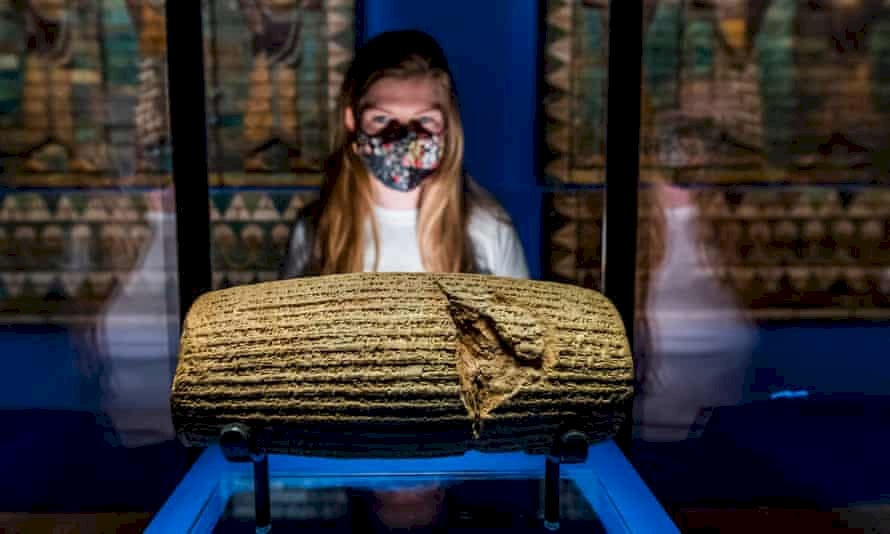 An exhibition of artifacts belonging to Ancient Persia has opened at the Victoria and Albert Museum of London, showcasing Iran’s 5,000-year-old history

The exhibit, which opened on May 26, 2021, displays antiquities from ancient statues to cotemporary pictures as well as manuscripts, pottery, carpets and textiles.

The items on show include objects associated with Iranian arts, culture and history belonging to the Islamic and contemporary eras of Iran.

The Victoria and Albert Museum of London is one of the leading and most important arts and design museums and the world’s largest exhibition of sculpture and design arts.

The museum was established in 1852, named after Queen Victoria and her husband Prince Albert.

Since the very beginning, the museum showed an interest in collecting items belonging to Iran, so much so that it has one of the most significant collections of Iranian artifacts from middle and modern eras.

It is said that holding such a large exhibition has been unprecedented in Britain in the past nine decades.

The exhibit marries studies on Ancient Iran and Islamic Iran, which had been reviewed separately until before the exhibition was set up. Now the studies are brought together and displayed next to a rich contemporary culture and arts section. The event makes it possible to view artistic achievements of different millennia as a single whole.

The exhibition is composed of ten sections.