European concerns over Iran are groundless 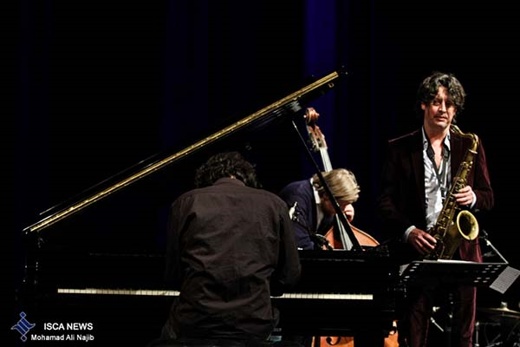 What is presented in Europe about the Middle East, including Iran, is not based on reality, said the Dutch musician.

Yuri Honing, a Dutch jazz saxophonist who performed a quartet at Tehran’s Vahdat Hall on February 15 during the 30th edition of Fajr International Music Festival, has been quoted by Iscanews.ir as saying that his interest in Iran’s culture and its remarkable history has been the reason behind his visit to Tehran, adding the Europeans do not have a clear understanding of the Middle East, history and civilization of a country like Iran.

On the European tour of his band to mark the anniversary of 9/11 attacks, the distinguished Dutch musician said, “Widespread concern was felt throughout Europe, so it was time to go on a tour with my band. Our attention was focused on music and humanity. I was then introduced to an Iranian artist by a member of this band; that was how I learned about Iran’s annual music festival.”

Honing added, “Iran had captured my attention quite a while ago. Because it was home to those who speak Persian and I had read different things about its history. In Europe people confuse things. To them, Turkey is part of Europe. They do not know that the Middle East stretches from the west of Egypt to the north of Iraq.”

Highlighting that a majority of people in Europe do not have an accurate understanding of the Middle East and the Iranian civilization and history, he stated, “It’s hard for the Europeans to draw a line between different cultures of Middle Eastern countries. […] What one hears and reads about the Middle East in Europe does not conform to realities on the ground, including in Iran.”

Honing, a progressive musician in Europe, described his music as a combination of different styles of art music from Baroque to Rock.