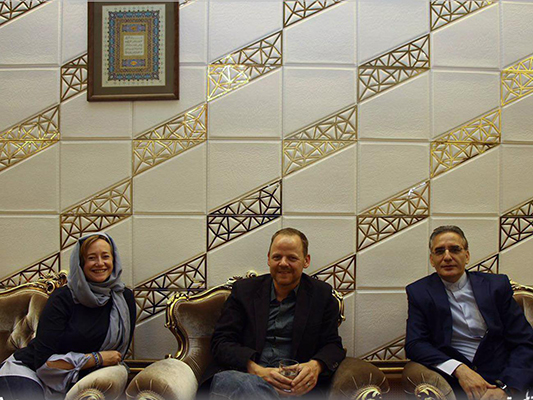 An Irish official has slammed the way Washington is dealing with the nuclear deal between Tehran and world powers, saying Europe is totally content with Iran’s commitment to the JCPOA.

During a recent visit to Tehran, Conor Ó Raghallaigh, the Deputy Secretary-General to the Irish President, highlighted the significance of compliance with the Iran nuclear deal known as the Joint Comprehensive Plan of Action (JCPOA).

He stressed that all signatories to the agreement must keep it on track.

“However, the US is using a different language,” said the Irish official in a Farsi interview with ICANA.

He described Iran’s performance regarding the JCPOA as good, saying, “This compliance with the deal is very important, and I don’t think the imposition of sanctions against Iran is a positive move.”

“Iran has observed the terms of the protocol and dealt with the agreement calmly, so unfair sanctions against Iran should be lifted,” he noted.

He then weighed in on Europe’s viewpoint on Iran’s abidance by the JCPOA.

“As we see, European countries are very content with the Islamic Republic of Iran’s dealing with the JCPOA. However, the US government is using a different language regarding the agreement. This comes as American people’s viewpoint is opposed to that of Washington,” said the Irish official.

He said the important point is that the nuclear deal should remain on track, which will see Iran’s doors opened to the world and vice versa.