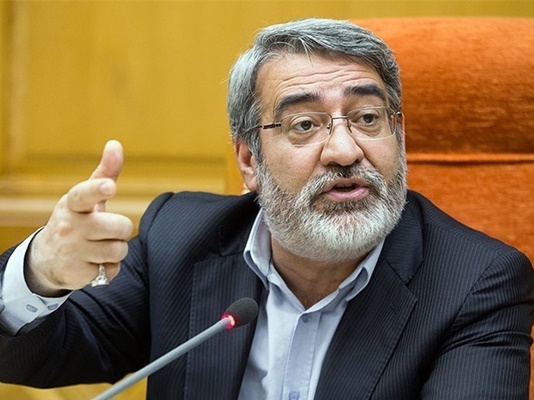 The EU is expected to adopt a decisive stance on members of the anti-Iran Mujahedin-e Khalq Organization (MKO), Iran’s interior minister stressed, referring to remnants of the notorious group living in Europe as “dangerous terrorists” with blood of Iranians on their hands.

Iran is a major victim of terrorism and a number of Iranian officials have been assassinated by the MKO terrorists, Interior Minister Abdolreza Rahmani Fazli said in a meeting with Chairman of the European Parliament’s Group for Relations with Iran Janusz Lewandowski, held in Tehran on Saturday.

“Some of the (MKO members) who currently reside is certain European countries are among the highly dangerous terrorists,” Rahmani Fazli said, adding that Iran expects Europe to adopt a “tougher stance” on those criminals.

The MKO, the most hated terrorist group among the Iranians, has carried out numerous terrorist attacks against Iranian civilians and government officials over the past three decades. Out of the nearly 17,000 Iranians killed in terrorist assaults since the victory of Iran’s 1979 Islamic Revolution, about 12,000, including many top officials, have fallen victim to MKO’s acts of terror.

Elsewhere in his remarks, Rahmani Fazli highlighted Iran’s efforts in the fight against terrorism and drug trafficking and in bearing the burden of Afghan refugees, calling for international cooperation with Iran in those efforts.

The visiting European official, for his part, referred to the Joint Comprehensive Plan of Action (JCPOA), a nuclear agreement between Iran and the Group 5+1 (Russia, China, the US, Britain, France and Germany), and underscored that Europe stands with Iran regardless of the US administration’s policies on the deal.

A delegation from the European Parliament, led by Lewandowski, arrived in Tehran on Saturday for a series of meetings with the parliamentary and diplomatic officials.

It comes a week after teams from Iran and the European Union (EU) held the third round of political negotiations in Iran to boost cooperation in the field of peaceful nuclear technology.

Economic and political ties between Iran and Europeans have been growing since coming into forces of the JCPOA in January 2016.