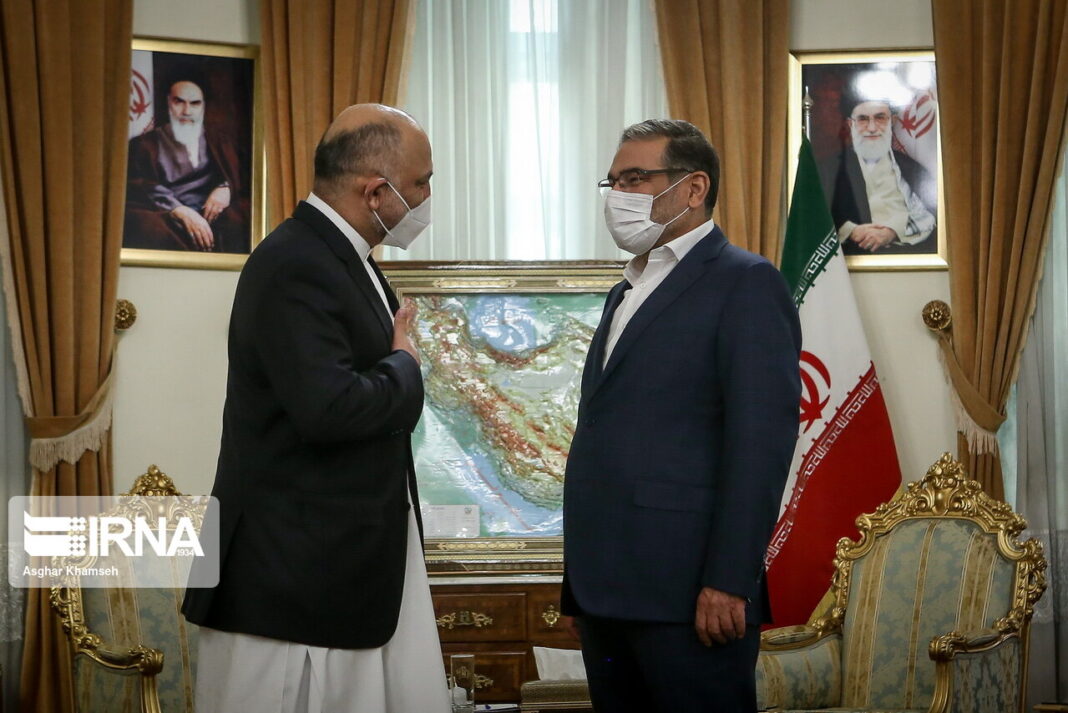 Secretary of Iran's Supreme National Security Council (SNSC) Ali Shamkhani says the enemies of Muslim nations have targeted the good relations between Iran and Afghanistan in order to prevent the continuation of unity and friendship between the two nations.

Ali Shamkhani said the new plot comes after the US defeats in Syria and Iraq that followed the fall of the ISIS.

This is part of the United States’ policies to make the region insecure, Shamkhani added in a meeting with acting Afghan Minister of Foreign Affairs Mohammad Haneef Atmar in Tehran.

The Iranian top security official also touched upon the need to finalise a comprehensive document on cooperation between Tehran and Kabul as soon as possible.

He said the signing of this strategic document will lead to a fundamental leap forward in the relations between the two countries and activate all the exchangeable capacities while strengthening the historical ties between Iran and Afghanistan.

Shamkhani also expressed satisfaction over the agreement between Ashraf Ghani and Abdullah Abdullah and the increase of stability in Afghanistan’s political structure, raising hope that in light of this agreement, the all-out growth and development in the country will be boosted and the suffering of the people will be lessened.

The Secretary of Iran’s Supreme National Security Council further referred to more than forty years of all-out support of the Islamic Republic of Iran for the people of Afghanistan, especially reception of more than three million immigrants and providing all kinds of health and educational facilities.

He also emphasized that the support of the Iranian government and people for their Afghan brothers and sisters will go on.

Elsewhere in his remarks, Shamkhani expressed sorrow over the death of a group of Afghans who were trying to enter Iran illegally, noting that while Iranian law enforcement forces had no role in this event, the unfounded claims made by some Afghan officials and media are surprising and a matter of pity.

“Regardless of the unconstructive atmosphere, there is unequivocal evidence to reject the allegations against Iran if the Afghan side is willing to look into,” stressed Shamkhani.

For his part, Atmar thanked the Islamic Republic of Iran for its continuous, effective and comprehensive support and assistance to the government and nation of Afghanistan for many years and touched upon the expansion of relations between the two countries.

Atmar also confirmed the remarks of the Secretary of Iran’s Supreme National Security Council regarding the importance of the signing of the comprehensive document on cooperation between Iran and Afghanistan and expressed hope that the document be finalised as soon as possible by expert committees and be signed by the presidents of the two countries.