Only Election in Saudi Arabia Dates Back to 14 Centuries Ago! 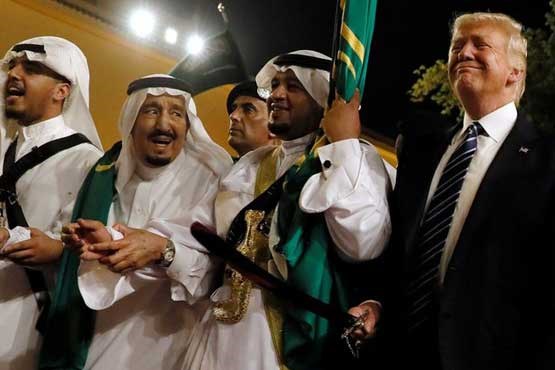 A popular Iranian actor says the only election ever held in Saudi Arabia dates back to 14 centuries ago, when they picked people from their tribes to assassinate Prophet Muhammad (PBUH). 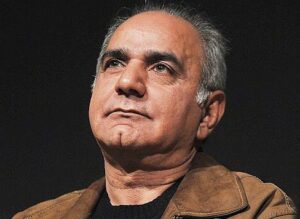 Famous Iranian actor and singer, Parviz Parastouei, in a post on his Instagram page said, “Exactly on the same date (May 19) that Iran’s presidential election was held, Trump travelled to Saudi Arabia and after signing a $110-billion arms deal with the most democratic government of the region joined their sword dance.”

“A few months ago, an Iraqi poetess, when the Saudi Arabian Foreign Ministry cast doubt on her country’s [Iraq] election, responded to him this way: ‘Your only election was [held] when your tribes held collective consultation to murder the Prophet [Muhammad]’.”

“Now, under our very own nose, they have not traded $110 billion worth of toys to just sit and watch them. The election is over. Let’s, instead of despising each other and prejudicing [in favour of a certain party or candidate], form a denser line [in front of enemies] to show our unity,” the Iranian actor added.

Along with his Instagram post, he also shared a video of US President’s sword dance in the Saudi capital, and blasted Trump’s visit to Saudi Arabia and participation in the ceremonial sword dance.

Trump arrived in Riyadh on Saturday to visit the first country he is supposed to travel to during his nine-day, five-country tour across the Middle East and Europe.

In this trip, he signed an approximately $110-billion arms deal with Saudi Arabian officials and, along with other male White House officials – Secretary of State Rex Tillerson and Commerce Secretary Wilbur Ross, bounced along to a ceremonial sword dance in the Kingdom on the same day outside the Murabba Palace. A video of the dance shows Trump bopping back and forth with a smile on his face.