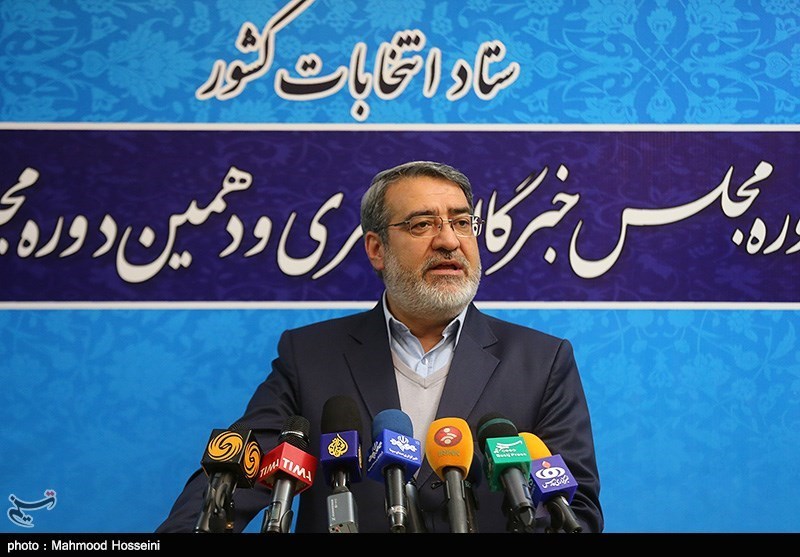 Iranian Interior Minister Abdolreza Rahmani Fazli said his ministry has taken whatever measure necessary to ensure the safety of the upcoming elections, noting that the Law Enforcement has been assigned the task of ensuring security at the polling stations.

Speaking at a television talk show on Saturday night, the interior minister said his ministry is fully prepared to hold the parliamentary and Assembly of Experts elections on coming Friday.

Referring to the Law Enforcement as the body tasked with ensuring security during the voting procedures, Rahmani Fazli said the police will be allowed to get help from the other security forces if necessary.

According to the minister, some 129,000 ballot boxes will be available in 53,000 stations all over the country for the Friday elections.

He also slammed as vicious moves the comments made by the foreign sides on the elections, saying the Iranian people are used to the interfering behavior by the US and British governments over the past 37 years.

“The (Iranian) people will decide the fate (of elections), and the British have no place in the election campaigns,” he stressed.

In separate remarks earlier in the day, President Hassan Rouhani also underlined that the Iranian nation knows how to vote, and ruled out any advice by foreign parties on the upcoming elections.

The remarks seem to have come in reaction to a recent move by British Broadcasting Corporation (BBC) encouraging the Iranians not to vote for certain candidates running for the Assembly of Experts.