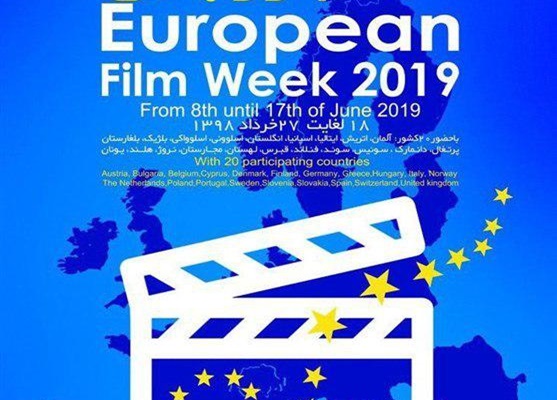 The third edition of the European Film Week 2019 is set to be held in eight Iranian cities as of June 8.

Films from 20 European countries are set to be screened during the week as the most significant European cultural event in Iran over the past decade years.

The opening ceremony of the event is to be held in the Iranian Artists Forum in Tehran on June 8 with European ambassadors, filmmakers as well as Iranian artists in attendance.

Two European movies, “The Dark Valley” from Austria and “The Silent Army” from the Netherlands will be screened during the opening ceremony.

The films would be screened in eight Iranian cities of Tehran, Shiraz, Mashhad, Tabriz, Isfahan, Kish, Kerman and Babol.

Meanwhile five workshops are to be held on the sidelines of the event providing a chance for film producers and directors to get in touch with each other and discuss possible cooperation.