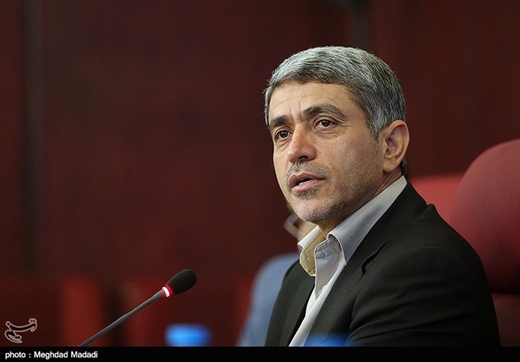 The capital market should be as instrumental as the banking system in financing the country's projects, the economy minister said.

Minister of Economy and Financial Affairs Ali Tayyebnia has called on the head of the Securities and Exchange Organization to form a joint workgroup to speed up the influx of foreign capital. The minister has also ordered the Iranian Privatization Organization to make an urgent decision about the so-called Justice Shares [distributed among lower and working class Iranians under Ahmadinejad].

What comes next is the translation of part of the report Alef.ir posted online on July 13 on the economy minister’s orders:

In a letter to the head of the Securities and Exchange Organization (SEO), the economy minister ordered the organization to give priority to measures to expand the stock exchange and said that the capital market should be as instrumental as the banking system in financing the country’s projects.

The economy chief underlined the significance of measures to familiarize state managers with capital market conditions, and said formation of a joint workgroup by the SEO and the Organization for Economic Investment and Technical Assistance to attract foreign money to the capital market as well as to the mercantile and energy exchanges should be on the future agenda of the organization.

The minister added that the Securities and Exchange Organization should play a more active role in propping up the financial management industry, so that those with less experience in the capital market can be offered a wide range of investment choices by professional financial institutions.

Attraction of foreign capital seems to be the cornerstone of the minister’s order. The strategy has been put on fast track as nuclear talks between Iran and P5+1 near an end. The Tehran Stock Exchange, however, seems to be wrestling with grave problems to attract foreign capital.

An initiative aimed at setting up a special international economic center to ease the influx of foreign capital has stalled for seven years and the Ministry of Economy has practically done nothing to implement it.

Justice Shares should be given priority; Privatization Org. should be transformed

In his letter to the head of the Privatization Organization, Tayyebnia said, “Aside from following up the ratification of the Justice Shares Bill, the organization is required to set the stage for its implementation as one of the eight major key projects of the ministry.”

The economy minister stressed that the organization should fulfill all objectives envisaged in the general polices of Article 44 [which deals with privatization of state companies], and said, “The flaws of the privatization drive should be identified and then a policy package to close the gaps between what is being done and what is stipulated as objectives of Article 44 should be prepared.

With the privatization of state companies nearing completion, a plan to transform the Privatization Organization should be crafted.”