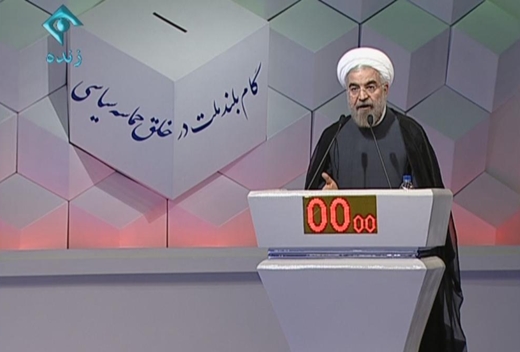 Kayhan, a principlist daily, has criticized government’s business performance, saying that removal of sanctions is not a magic bullet to fix Iran’s economy.

Kayhan daily on January 31 ran an opinion piece by Hossein Shamsian in which he takes a swipe at President Rouhani’s government for what he says is focusing too much attention on nuclear talks. Shamsian then disputes as half-baked the idea which says “removal of sanctions” would translate into “settlement of the country’s economic problems”.

He also takes a closer look at “the government’s failure to pay attention to [national] production and employment which were among Candidate Rouhani’s top election pledges”.

The columnist then brings under focus the country’s economic woes, partly blaming lack of proper planning for the current troubles Iran is grappling with. The following is a partial translation of what else he has written in the critical piece:

What is clear, and at the same time undeniable, is the government’s attention to and focus on [nuclear] talks and its efforts to offer salvation [for the country from the bite of sanctions] by lifting the sanctions!

Nobody can deny such a clear proposition. Each week Iranian officials live the big dream of sanctions removal and share their dreams with people despite comments by arrogant Americans on exerting more and more pressure on Iran.

How can the existing problems be removed under such circumstance? Does playing with words by the [first] vice-president help? What about his articulation of poetic-like statements like “The budget of next year [starting March 2015] is disciplinary, not contractionary”? […]

Isn’t it right that measures should be taken to make smuggling in goods a thing of the past? […]

Isn’t it right that solutions should be worked out for massive tax evasions? […]

Isn’t it right that the government does not want to damage its fictional prestige by cutting the subsidies of high-income people? […]

We do not forget that on the campaign trail Dr. Rouhani made the following sarcastic comment about employment, “That’s right. Jobs have been created, but for the Chinese industries and for Chinese workers!”

The question that arises here is how many jobs have been created for Iranian workers given the alarming rise in imports, and even worse, the smuggling of one-third of all imported items? […]

Certain people in the government have delegated all responsibilities to the Foreign Ministry and defined its [main] mission as establishing ties with the US.

One and a half years have passed since the [eleventh] government came to office with the unique experience of trusting the US, which is the Iranian nation’s number-one enemy.

In the past, maybe it was possible to tell people that talks with “The Headman” [a reference to the US] would rapidly settle their problems, but it is not the case anymore. Today nobody buys what they sell, even the closest people to the government, because 12 months of flexibility have resulted in nothing but impudent and shameless attitudes by Washington.

Constant concessions in return for yet-to-be-kept promises have led the country to the point in which the government has been unable to name an envoy of its own choosing to the United Nations. In a painful process, it had to change its pick for the UN ambassador!

As things stand, isn’t it better to replace ‘agreement at any cost’ with efforts to tap into domestic potential, rely exclusively on people and the youth who are the country’s assets and work toward a solution to the [troubled] economy?

Other than the government, those MPs who are involved in debates [on parliament floor] on the country’s spending package are responsible too.