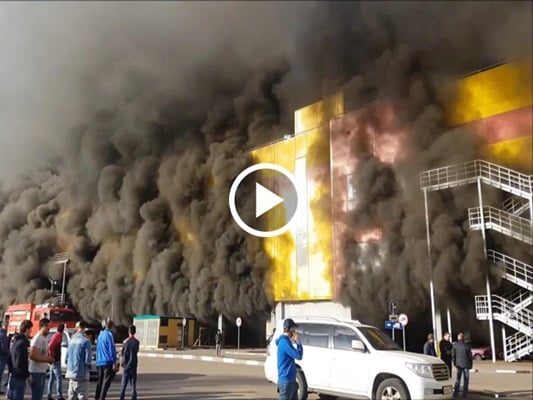 The death toll from the fire at the Winter Cherry shopping centre in Kemerovo, Sunday, has increased to 37, with reports of 69 people still missing, including 40 children.

One witness, Ekaterina, was in the shopping centre on the fourth floor to see a children’s film with her children when the fire broke out: “A woman ran to us and screamed that we should run. Everyone started to run away, me and the children, there were seven of us.”

Reportedly, the automatic fire extinguishing system did not work.

According to the Russian Emergency Ministry, EMERCOM, the area of the fire exceeded 1,500 square metres. The fire source was located on the top floor where several cinema halls and children’s playgrounds with attractions are located. The interfloor overlapping collapsed on an area of 30 square meters.

Around 200 animals of 25 kinds, among which Guinea pigs, rabbits, a guinea-fowl, dwarf Cameroonian goats, mini-pigs and others, have reportedly died in a petting zoo located in the shopping mall.

Over 230 people and 50 units of equipment are involved in the firefighting operation. Traffic near the shopping mall is blocked.