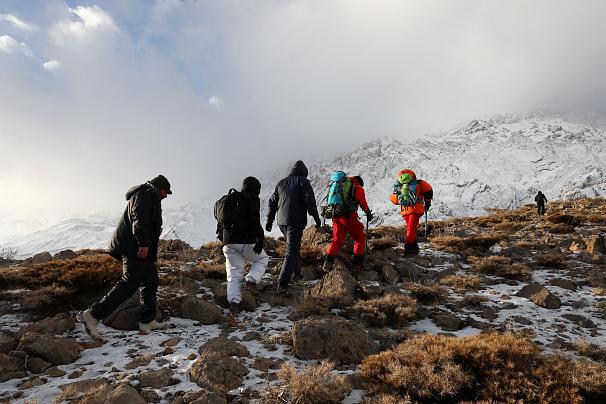 The remnants of several victims of the recent plane crash have been recovered in mountains adjacent to the crash site near the peak of Dena Mountain, south of Isfahan.

Managing Director of the Iranian Red Crescent Society’s Provincial Branch in Isfahan Mohsen Momeni said the bodies are being transferred down the mountains even though severe weather has slowed down the operation.

“32 bags [containing remnants of victims] are being transferred down [by climbers]”, ISNA quoted him as saying in a Farsi report, while noting that medical examinations are needed to determine the identity of the bodies.

“Considering the weather condition, helicopters cannot land [in the area]. However, they are ready to move climbers down as soon as they reach a proper place,” Momeni said.

The incident occurred on Sunday morning, when an ATR-72 flight operated by the Iran Aseman Airlines crashed into the mountain peak, 50 minutes after taking off from Tehran’s Mehrabad Airport and before making it to Yasuj in western Iran.

The wreckage of the passenger plane was found Tuesday, with all people on board, comprising 59 passengers and 6 crew members, confirmed dead.

The search and rescue operation started shortly after the tragic incident, but bad weather, including dense fog, snow, and high winds, as well as the remote location of the crash site and rugged terrain hampered the recovery efforts in the Dena mountain range.

The chopper pilot who found the debris said the crash could be avoided if the plane was flying only 50 metres higher.

The flight altitude has been way lower than what it was supposed to be and the reason will become clear once the black box is found.