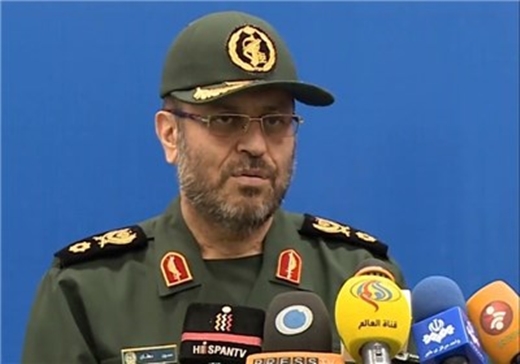 The defense minister underlined that Iran has developed its missile industries and production.

Defense Minister Brigadier General Hossein Dehghan underlined that Iran will implement the Joint Comprehensive Plan of Action after the Western countries show their commitment to the nuclear agreement reached between Tehran and world powers in Vienna in July.

General Dehghan pointed to the nuclear agreement between Iran and the P5+1 (the US, Russia, China, France and Britain plus Germany) and the commitments and undertakings of the Western countries, and said, “We will implement JCPOA only if the other side fulfills its commitments and if it fails to do so, we will drop the implementation of the JCPOA.”

The defense minister underlined that the country has developed its missile industries and production.

“We have not halted designing, producing and testing our missiles, (on the contrary) we have even increased our production,” General Dehghan said, addressing a ceremony in the city of Sari, in northern Iran on Monday.

The defense minister, however, said that Tehran has never had any plans to produce nuclear warheads for its missiles.

The defense minister reiterated that constant updating and upgrading of military equipment and weapons stands atop Iran’s agenda as it needs to ensure protection against enemies.