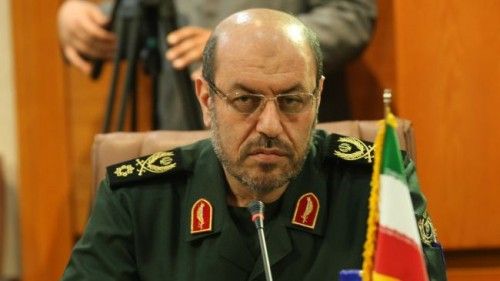 “The year 1393 (March 2014-March 2015) is a year for the production of tools and equipment that enhance the Islamic Iran’s defence prowess and the Defence Ministry has seriously concentrated on the production of these equipment,” Brigadier General Dehqan told reporters on the sidelines of a ceremony held to commemorate the ‘International Mine Awareness Day’ in Tehran.

He underlined that production of powerful surface-to-surface missile systems, efficient and powerful air defence systems and naval equipment are among the plans of the Iranian Defence Ministry for the current year.

In recent years, Iran has made great achievements in its defence sector and attained self-sufficiency in producing essential military equipment and systems.

Tehran launched an arms development program during the 1980-88 Iraqi imposed war on Iran to compensate for a US weapons embargo. Since 1992, Iran has produced its own tanks, armored personnel carriers, missiles and fighter planes.

Yet, Iranian officials have always stressed that the country’s military and arms programs serve defensive purposes and should not be perceived as a threat to any other country.